According to the features appearing in the Geekbench database, the smartphone has Exynos 1200 as a chipset. The Samsung Galaxy A53 5G, which was also revealed on Geekbench before, also used the same chipset, and the performance test scores of both phones are very close to each other. There’s a good chance that the Galaxy M33 is a rebranded version of the Galaxy A53. 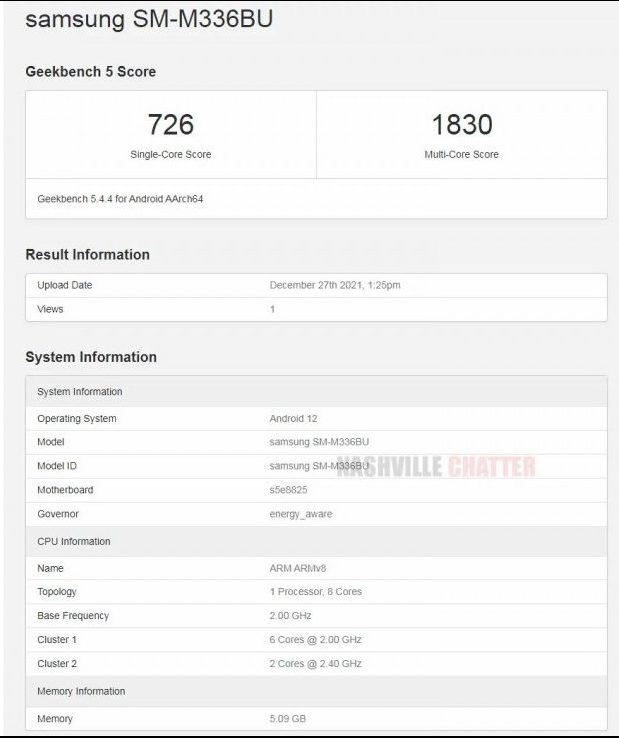 The Samsung Galaxy M33 prototype seen on Geekbench had 6GB of RAM, but multiple RAM and storage options may be offered at the phone’s launch. By the way, since the prototype model has the Android 12 operating system, we expect this version of the operating system to be in the final product as well. Finally, it should be noted that the smartphone will be released in January.