South Korean electronics giant Samsung has announced its record profit rate in the last quarter of 2017 and how many billions of dollars it has reduced. The largest production line to use this revenue will belong to Galaxy X.

Samsung is preparing to market the foldable Galaxy X, which will launch a new trend in the smartphone sector this year. The corruption in South Korea and the rise in Samsung’s domestic crisis have not affected the company’s profits in the last quarter of 2017. Producing a foldable device and offering it to the market is also a result of this high revenue.

Explaining the net operating profit in the last three months of 2017 as $ 14.14 billion, Samsung’s total figure reached 61.5 billion dollars. Samsung has experienced a 64% revenue increase over the last quarter of 2016. 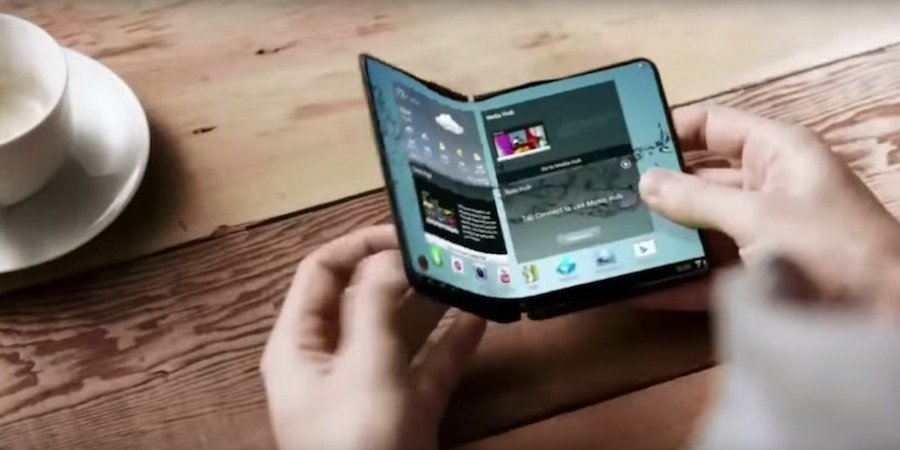 Galaxy Note 8 sales have been reported to improve, while shipments of low-priced models have been reduced, according to a statement made by the firm’s mobile unit. The same rise will continue in the first three months of 2018. With the Galaxy S9, which will be driven into the market during these months, the increase is expected to endure in the second quarter of the year.

One of the things we talked about most in recent years on the part of Samsung was the device with a foldable body called Galaxy X. As the allegations come to an end, Samsung is expected to benefit from this rise and present the foldable model to the market in 2018.

It is said that Samsung wants to increase the profit rate even more with the foldable device model. It is a matter of time for the company to produce new technologies for the automotive electronics with the revenues obtained. At the same time, the foldable devices, which will radically undermine the smartphone market, can be a stream like frameless displays for the next generation of flagship gadgets.

Behind the rise of the South Korean giant, there are not only devices manufactured by its own brand. At the same time, the company produces and sells the iPhone X’s OLED display panel to Apple. Likewise, the smartphone expands its hardware sales in the industry, signing agreements with its competitors.

It is obvious that the rapid rise of Samsung will continue this year, and the high profitability that the company continues despite the internal crises will enable us to see new and more assertive device