We said that brands such as Kioxia and ADATA are making preparations for SSDs using PCI Express 5.0 technology. As you know, such technologies are reaching the corporate market first, not the consumer market. Technology giant Samsung, on the other hand, announced that it has developed the PM1743 SSD for corporate servers and integrated the PCIe (Peripheral Component Interconnect Express) 5.0 interface with Samsung’s advanced sixth generation V-NAND.

The South Korean giant’s PCIe 5.0 SSD will provide approximately twice the data transfer speeds and 30% higher power efficiency than the previous generation, reducing the server operating cost in the series. At this point, work is being done with chipset and server manufacturers for the transition to PCIe 5.0 interface in new generation servers.

PCIe 5.0 offers a bandwidth of 32 GT/s per second, doubling the bandwidth of PCIe 4.0. Leveraging a custom controller designed to support the latest PCIe standard, the PM1743 will deliver massive read and write speeds to meet the rapidly increasing performance requirements of data centers. 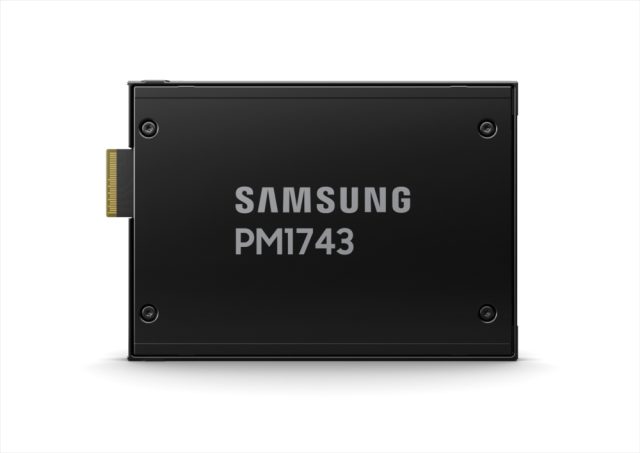 The Samsung PM1743 model offers up to 13GB/s sequential read speed and 2,500K random IOPS per second. That’s a difference of 1.9 times and 1.7 cadols, respectively, compared to PCIe 4.0-based drives. In addition, sequential write speeds have been increased by 1.7 times.

On the other hand, PM1743 is expected to be the first PCIe 5.0 SSD with dual ports. This will ensure the stability and high availability of the server when a port has problems.

Samsung has now started to offer a variety of new solutions and samples to the company, and the company wants to create a very robust ecosystem for the PCIe 5.0 standard. Finally, mass production of PM1743 will begin in the first quarter of 2022. PCI Gen 5 SSDs that appeal to the consumer class, on the other hand, may start to be released in late 2022 or early 2023.