AMD has finally officially unveiled the entry-level Radeon RX 6500 XT and RX 6400 display cards based on the Navi 24 GPU. The image provided by AMD represents the reference design, but reference models will not be released, as with the RX 6600 XT or RX 6600. Also, while the RX 6500 XT can be purchased by anyone, the RX 6400 will be exclusive to OEMs.

AMD announced the Rembrandt Ryzen 6000 APU series with RDNA 2 integrated graphics, as well as the Radeon RX 6500 XT and RX 6400 cards, and you can check out all the details in this article.

The biggest news for the Navi 24 and RX 6500 XT is the company’s switch to TSMC’s newer 6nm fabrication technology. From what we understand, the TSMC N6 is the same as the N7 except for more EUV layers and minor density improvements. Still, it will naturally be better than the previous 7nm technology, and it’s AMD’s fastest clocked GPUs to date.

AMD is making things smaller to deliver smaller, more efficient and more cost-effective while still getting all the features we know from other RDNA 2 architecture GPUs. We know that Navi 23 has 32 CUs (Computation Units), 32 MB Infinity Cache and 8 GB GDDR6 memory in 128 bit interface. On the Navi 24 GPU, all of this is halved. Unclipped full GPU comes with only 16 CUs, 16MB Infinity Cache and 4GB GDDR6 in 64-bit interface. 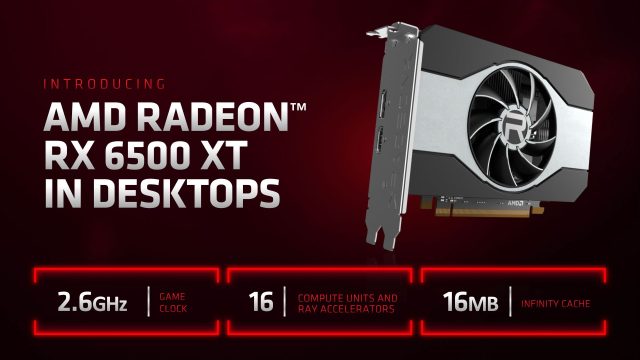 Performance will drop significantly in proportion, but how big will depend on the game you’re running and the settings. This kardollarsar does not aim at high resolutions at maximum settings and it is possible to say that it focuses on 1080p gaming in general. The RX 6500 XT has a surprising 18 Gbps of GDDR6 memory and this is where it separates itself from other lower-end models.

AMD has also provided some early evaluation details for the RX 6500 XT. The presentations showed how performance compares to the GeForce GTX 1650 and Radeon RX 570. As you can imagine, the games selected in tesdollarser are supported by AMD, so it is useful to approach the results carefully. On the other hand, we will soon see detailed performance tesdollar series. 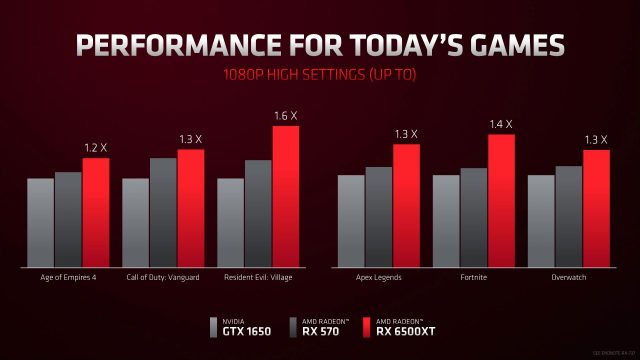 At 1080p resolution and maximum quality settings, 4GB of VRAM can obviously present some difficulties. AMD indicates that the new card offers about 35% higher overall performance than NVIDIA’s GTX 1650. So much so that the real target of the RX 6500 XT will not be the GTX 1650. This card was released about three years ago and NVIDIA introduced the RTX 3050 desktop graphics card at the CES 2022 event.

Considering the technical features of the RX 6500 XT, we can say that crypto miners will not turn to these models and players will finally have a reasonable price option. But due to the ongoing chip prices, it wouldn’t be a surprise to see retail prices much higher than AMD’s $199 list price. 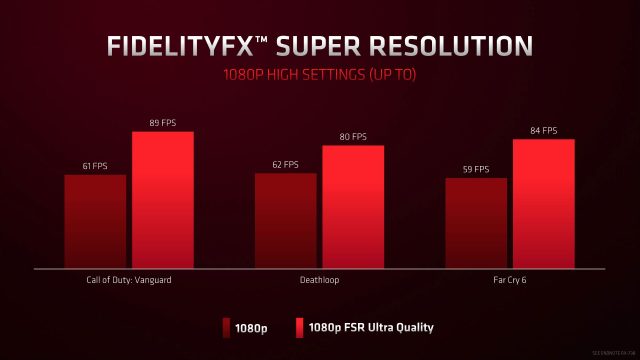 The new entry-level model will go on sale on January 19, and we’ll have to wait a while for detailed tesdollarser. The RX 6400 will be available to OEMs and system integrators, so we don’t expect it to go to retail.

Finally, AMD also announced a few updates on the software side. The latest feature is built to support upscaling technology in all games and is based on AMD’s FidelityFX Super Resolution (FSR): Radeon Super Resolution (RSR). 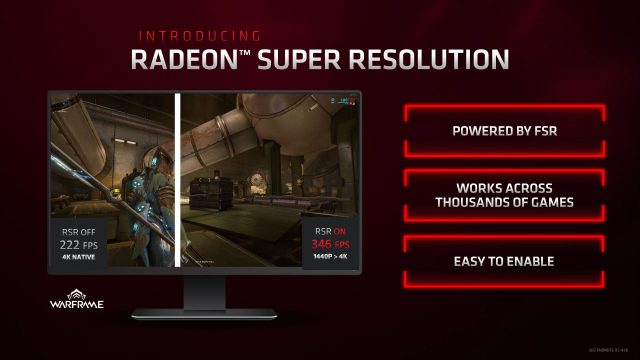 Coming to the main difference between FSR and RSR, FSR needs to be integrated directly into a game, including adding options to control settings, FSR allows the 3D rendering process to happen at a lower resolution which is then upgraded. At this point the HUD and UI are drawn at target resolution. RSR, on the other hand, does not require game integration.