Tribes of Midgard is a game genre that we haven’t come across very often lately and miss. Nowadays, since many games are based on competition, games played as PvE and Co-op have started to become rare. It is precisely for this reason that Tribes of Midgard-style games have become much more valuable than they normally would be. Because even though competitive games are today’s meta, these types of games can still be missed.

Protecting the village and the arrival of the giants 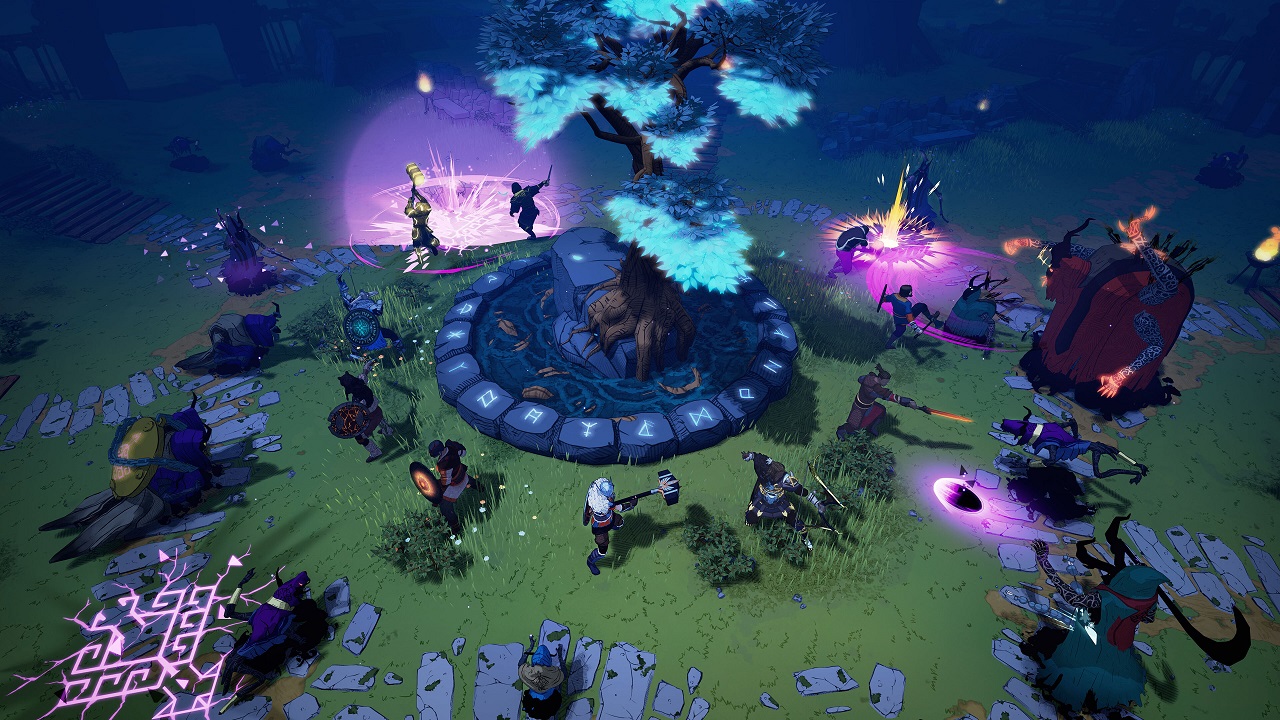 Tribes of Midgard send your tribe to the giants and to the giants. A game where you protect against evil beings who regularly try to destroy your village every evening. The game basically has a very simple story and there is not much plot. That’s why Tribes of Midgard is the kind of game where you can sit down once in a while and say “I’ll throw 2-3 hands of Midgard”. You might not say that, as the average game takes a minimum of 1 hour .

The starting Phase of the game starts off similar to most survival games . From scratch and with no equipment. The game asks you to prepare enough to spend the first night and protect your village at first. This case can usually be sold to adollars with starter-type weapons such as swords, arrows, and shields by simply collecting stones, branches, pebbles, etc. The real show-stopping part begins when a giant lands on earth. After the 2nd day , a random one of 4 different types giants lands in your world and the game asks you to prepare against the giant.

The most basic ways to prepare against Giants are simply as follows:

To engage in these improvements, first kill a lot of creatures and collect souls and level up. you need to develop. After killing the creature and getting your first level , you can choose one of 8 different classes (many of which can be unlocked when certain conditions are met) and continue where you left off. Collecting souls is the main source of development. All your upgrades consume souls and if you die, you lose all your souls. That’s why it’s essential to play with attention.

Materials such as stone, iron and wood are very important in the game. Therefore, in addition to constantly collecting these materials, it is necessary to build places such as quarries and woodcutters near the village and earn a passive material income. Of course, the in-game currency spirit, which you need most to be able to do these, comes into play. Many activities you do in the game (cutting trees, cutting creatures, breaking mines, etc.) give you soul. Of course, you need to decide which class you will prefer, as your level will increase while performing such activities.

Advancing stages and getting used to the game 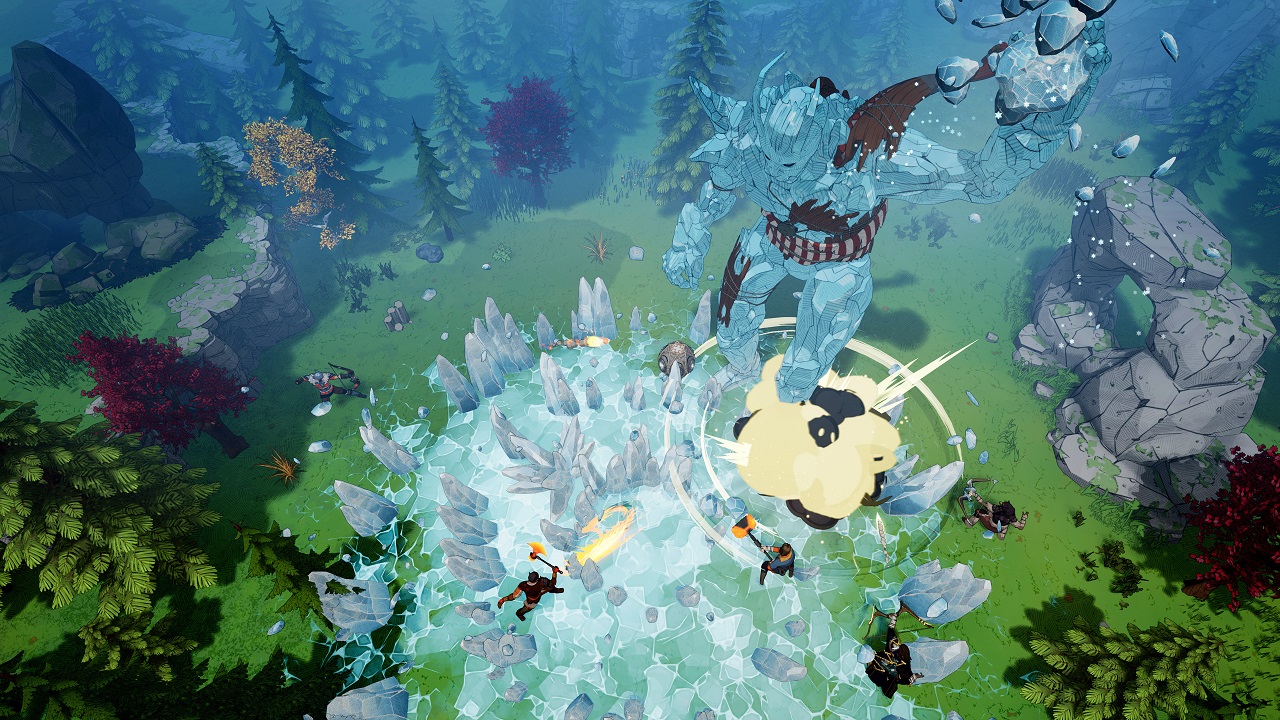 Tribes of midgard is really entertaining for a while. However, due to the nature of the game, the fun leaves its place to a boredom that is repeated . In the game, you can only advance forever by protecting the village and fighting against the titans. Technically, the game cannot be said to have a ending . In general, the game ends whenever you want. Because when you kill the first giant, a portal opens where you can get the rewards of your progress up to that time and exit.

Playing the game forever is of course an option, but knowingly when you play the game, you get all the upgrades you can get on day 10 and around, and when you reach a time frame around day 14, you literally have nothing to do . it doesn’t happen . Your only activity is to cut down the giants that come in the classic way and protect the villages. Therefore, playing the game forever is an option, but it can be said that the game is stuck or finished somewhere.

The game’s gameplay modes are divided into survival and saga mode . Saga mode can be called the story mode of the game in a way. The only difference from survival mode is that advancing to infinity is not an option here. Usually, after completing your Saga mod-specific quests, you have to sneak out of the portal immediately, otherwise when you reach day 14, it’s night forever and you really have to protect the village as if there is no tomorrow.

So is it worth fighting against giants? 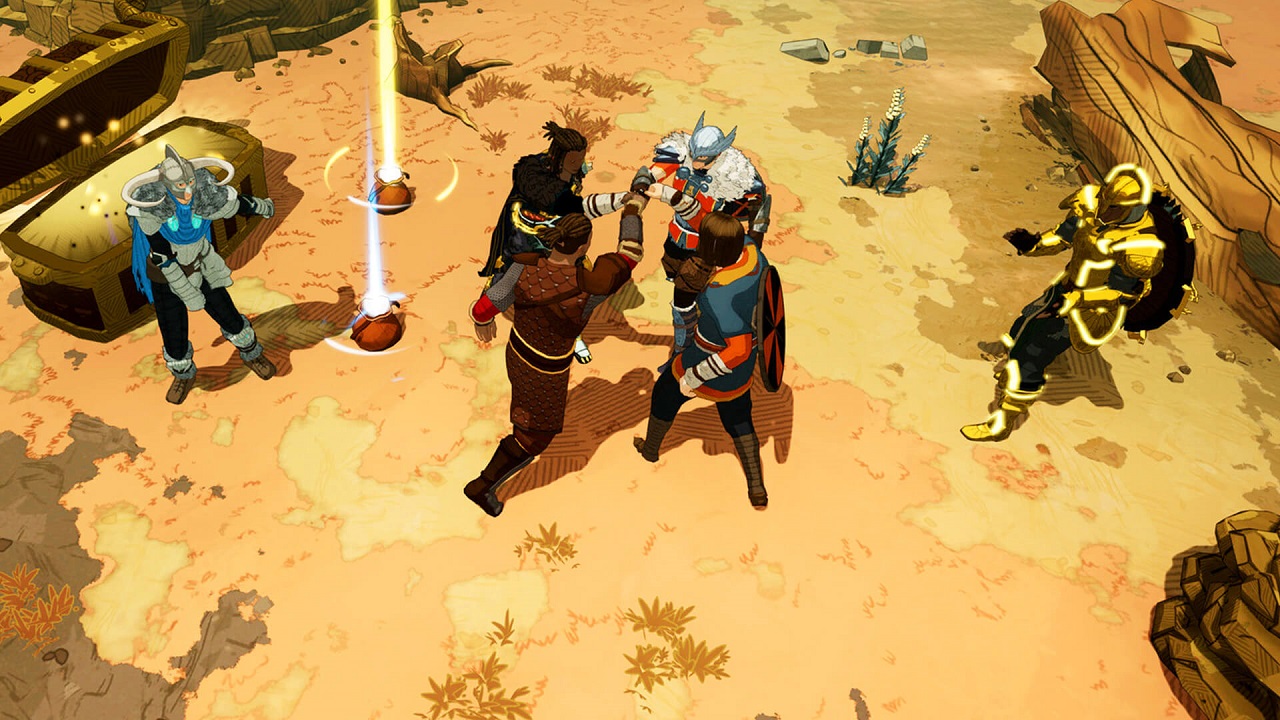 Although Tribes of Midgard is generally very enjoyable when playing alone, it is much more enjoyable when you have a circle of friends to play with as you can increase the person limit to 10 people in a section in the game. . It is true that when you play the game for a long time, it causes a fainting feeling consisting of repeating the self. But the game has not been released for a long time and the developer team is taking good care of the game.

The progress of the game is in the form of seasons and in intermediate seasons etc. things keep coming innovations . Of course, there are extra activities as well. Therefore, even if you are bored by playing all the time, when you re-enter the game after a while, you are likely to encounter many new things