Introducing the Premium Edition of the K20 Pro last month, Redmi did not release the Cool Black Mech. This model of the phone will be sold in China tomorrow at a discount of 200 yuan.

Last month, the Premium Edition of the Redmi K20 Pro was introduced. The phone was launched after the introduction, but another version of the Premium Edition, the Black Cool Black Mech model, was not available. According to the announcement made by the company, this model of the phone will go on sale tomorrow. 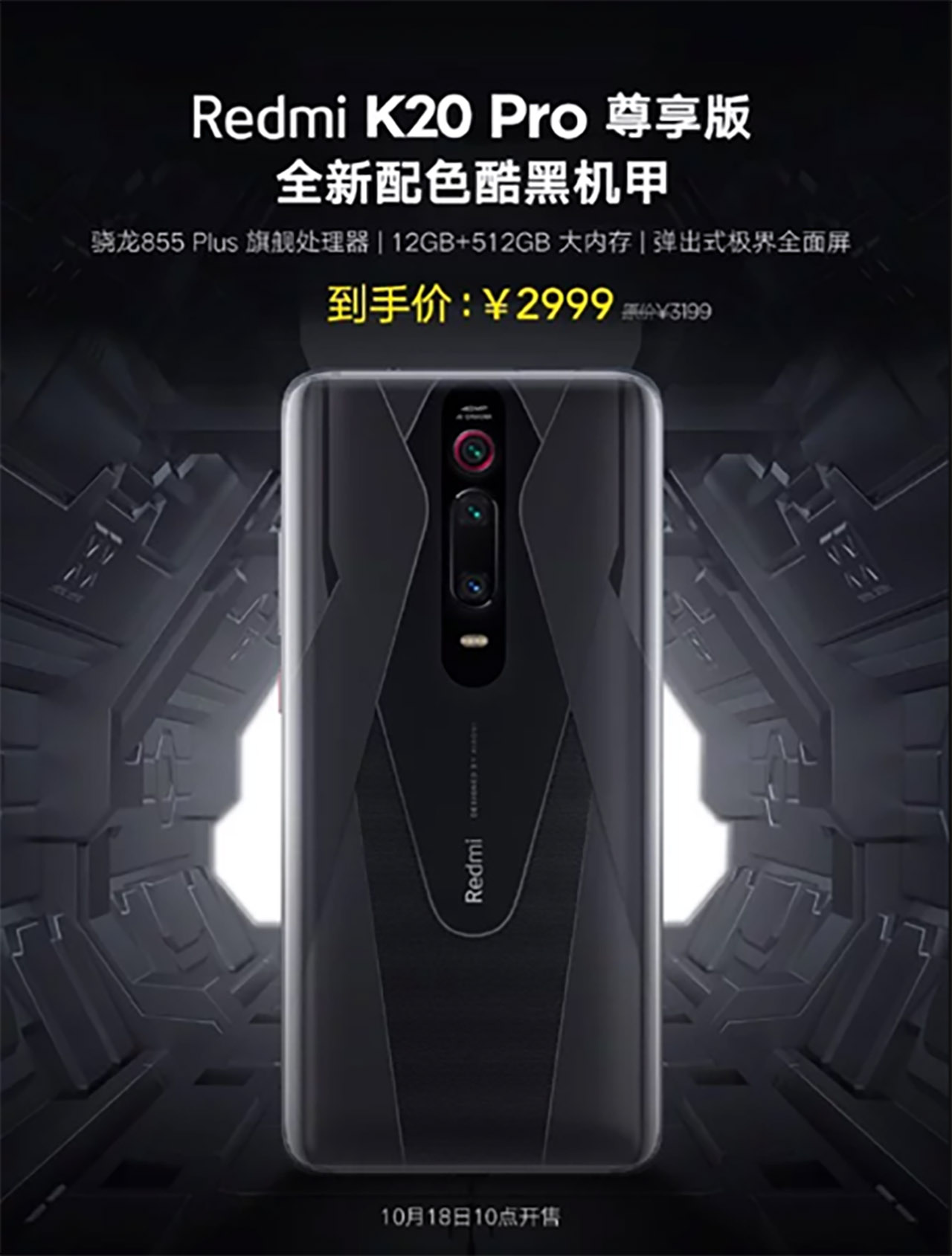 Other features of the phone are no different from the series. The Cool Black Mech comes with a 6.39-inch OLED display and Corning Gorilla Glass 5 screen protection. Like the other phones of the series, the front camera of the Cool Black Mech has a switchable camera. On the CPU side, the Snapdragon 855+ welcomes us. The phone is available in three options: 8GB + 128GB, 8GB + 512GB and 12GB + 512GB.

On the back of the Cool Black Mech and the Redmi K20 Pro series are three cameras. With a 48 MP main camera, 8 MP telephoto camera and 13 MP ultra wide-angle camera, the phone also received a remarkable score from DxOMark. The front camera has a resolution of 20 MP. The K20’s battery has a capacity of 4,000 mAh and supports 27 W fast charging.

The price of the Redmi K20 Pro Premium Edition’s Cool Black Mech is announced. According to the announcement, the phone will be sold in China from 2999 yuan (about 420,12 USD) with a discount of 200 yuan.