realme, with the strategies it has determined, has increased its GT Series sales globally by 550% compared to last year.

Realme GT 2 Series, which was launched worldwide at MWC 2022, attracted great attention from technology fans and the media. The device has modern technologies to provide users with a premium mobile experience and is enthusiastically received by users. In other words, GT 2 Series is realme’s most exclusive flagship ever, with Qualcomm’s latest and fastest processor, Snapdragon 8 Gen 1, world’s first 2K AMOLED flat screen and world’s first biopolymer back cover design. It has been endorsed with the “Best of MWC” award not only by tech followers, but also by tech-leading media outlets such as Digital Trends, XDA, WIRED, and more. This growth is also strongly supported by the realme GT NEO Series, especially the newly launched realme GT NEO 3. realme GT NEO 3 is equipped with MediaTek Dimensity 8100 CPU, which improves performance and saves more power, and also has 150W UltraDart charging technology. It has the world’s fastest charging capacity, and the 120Hz smooth screen and stylish display are also its biggest complements. 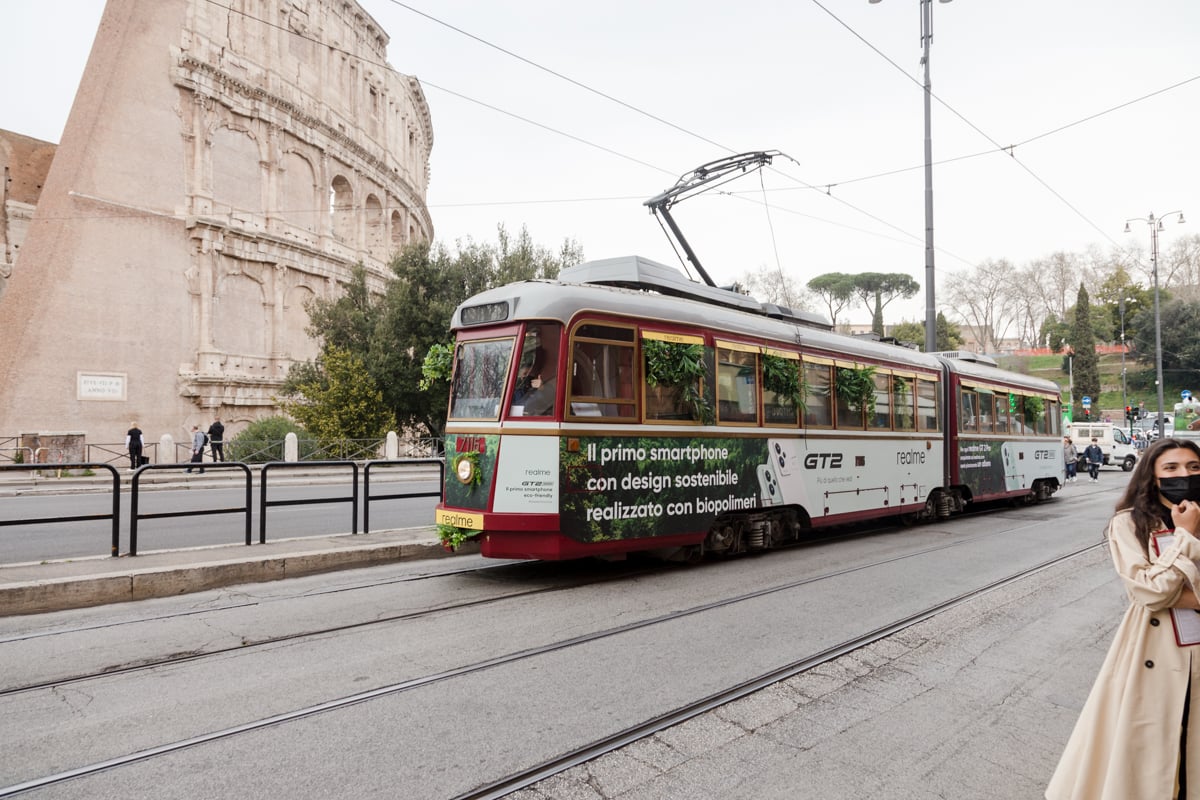 realme, being the fastest growing smartphone brand, has made it one of its biggest goals to blend technology with modern ones among its future goals. The work it carries out in order to maintain the balance between technology and life standards and to take it to a different dimension finds its response with the GT 2 Series. Pop-up stores were opened in six countries and 13 cities in Europe, including Germany, the Netherlands, France, Spain, Italy, and Poland, for the series to be better known. More than 16,000 followers lined up in front of stores across Europe to be among the first to buy the devices. Users, who had the chance to experience the GT 2 Series before purchasing, have observed GT 2 and GT 2 Pro in all its details. realme GT 2 Pro, with its design and material quality, has brought a new breath to the high-end smartphone market and has become one of the strong players of realme.

realme GT 2 Pro, with the world’s first 150° ultra-wide camera, makes it very easy for its users to take pictures even in tight spaces. In addition, GT 2 Pro, the trendy looking face of the GT Series with its environmentally sustainable tread design, has meticulously passed over 10,000 hours of color testing. In addition, realme has discovered a material derived from renewable resources called biopolymer, which provides both durability and aesthetic appeal. That’s why the GT 2 Series is the world’s first smartphone to use biopolymer for its entire rear panel, reducing carbon emissions from manufacturing by 35.5% compared to glass or metal materials. The percentage of plastic used in the packaging of the phone was also reduced from 21.7% to 0.3%, reducing the carbon footprint of the device.