The list of phones from Samsung that received the Pie update is growing. Now the latest Android update for J4 + and J6 + has been released.

Pie, the latest version operating system for Android devices, offers a better user experience with Samsung’s new One UI interface and a more impressive look to the users of Galaxy phones. There are many functional features and minor improvements in the One UI. In addition to this, both devices will have the April 2019 security patch with the update. 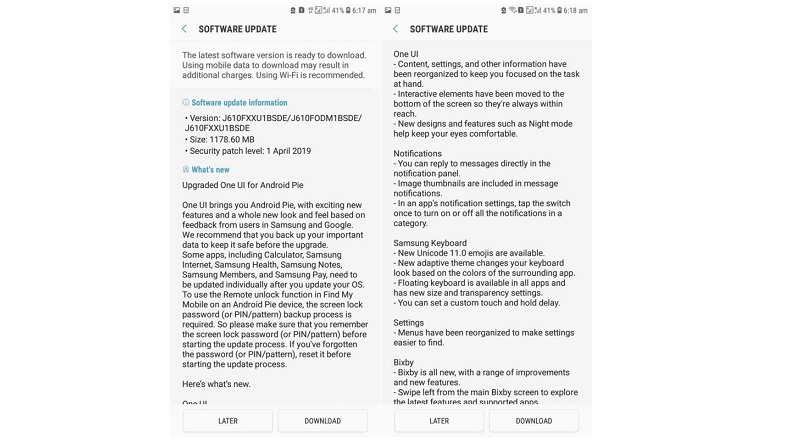 It is not common for Samsung to offer major updates for more than one market for a smartphone. It may be thought that the update is a one-time situation, but if this becomes continuous, there will be a pleasing development for the users.

The update files are available in Samsung mobile’s database for those who want to install the update manually.