With the 0.14.6 update of Pubg Mobile Lite, a Halloween themed event came into play. The update introduces new game modes as well as new weapons and features.

Version 0.14.6 for PUBG Mobile Lite has been released and the popular mobile game has been brought to Halloween. With the Halloween update, new features have been added to the game, in addition, to Survive Till Dawn mode.

With the update, PUBG Mobile Lite has recently gained Halloween-themed Survive Till Dawn mode, starting with the 0.15 update on PUBG Mobile. In the new mode you have to survive three days and two nights as a cooperative with your teammates.

You will also be able to use new weapons such as Flamethrower and M134 Minigun during the daytime. At night, you have to eliminate the Pumpkin Zombies to unlock new achievements. 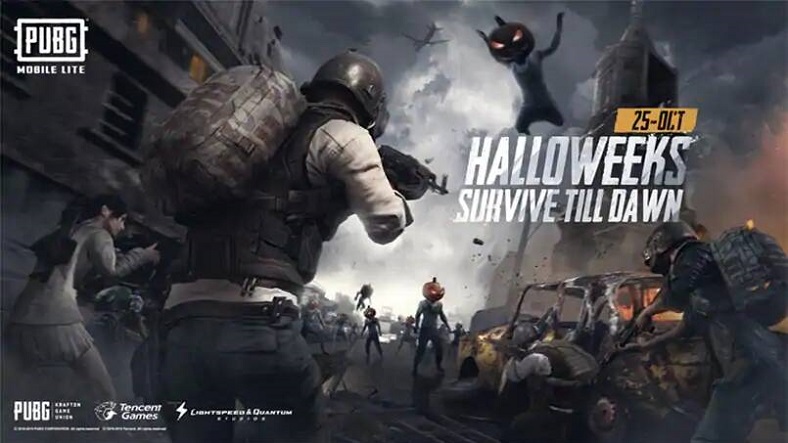 In addition to the Halloween theme, the PUBG Mobile Lite update brings new enhancements to the game. For example, in Survive Till Dawn mode, there is an open character system that allows users to dress like the new character Victor. The new character is said to provide a slower reload time.

There is also a more powerful and new weapon to fight the zombies in the dark nights. Sawed-off, a shotgun that takes 12 rounds and helps you reap the zombies. With a capacity of 200 rounds, the new M134 Minigun will sweep away everything that comes before you. Finally, Flamethrower is another option for you to easily kill zombies by burning them at a distance of 10 meters.

Other important features that come with PUBG Mobile Lite 0.14.6 include new video rewards and an updated Winner Pass feature. Bug fixes and stability improvements are also included in the patch notes.