There are only a few days left for 65W 12th Generation Alder Lake processors that do not allow overclocking and appeal to larger kidollars. We talked about Intel’s new Laminar series stock coolers months ago, and a few days ago an entry-level cooler showed up again. If the leaks we’ve seen in the past can be completely verified, these coolers are divided into three: Laminar RH1, Laminar RM1 and Laminar RS1.

The soon-to-be-released Laminar RH1 for Intel 12th Gen Core desktop processors will come with the 65W 12th Gen Core i9 desktop series. Like the entry-level model, the RH1 uses integrated LED lighting, but it’s unclear at this time whether this lighting will be RGB. 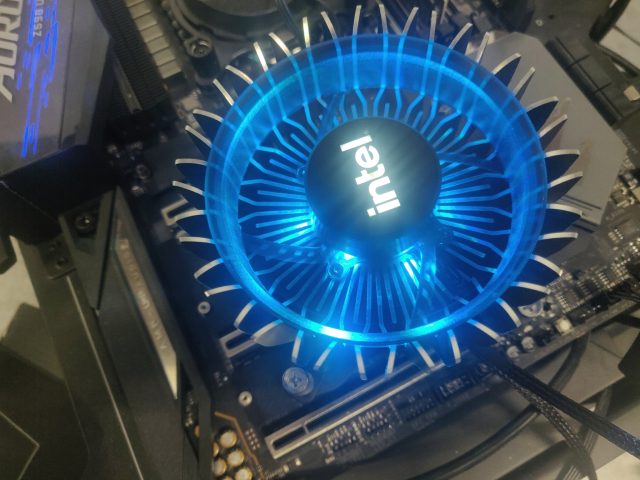 This is the second leaked cooler to appear after the mid-range RM1 to be bundled with Core i3, i5 and i7 processors. We expect the stock fans with the name RS1 to be used in the Pentium and Celeron product families. All the new processors and accompanying coolers will likely be introduced on January 5th, with sales starting in January. Thus, we will have the opportunity to take a closer look at the details and performance of the coolers.