German sports car manufacturer Porsche gave clues about the concept car that it will be showing soon. According to the post shared on Twitter, the tool ‘ traces of the future’ will carry.

According to the post shared on the official Twitter account of the Stuttgart-based company, Porsche’s “future-oriented” concept vehicle, at the Munich Motor Show next month will be presented to car enthusiasts. As the future is mentioned, the vehicle will, we guess, be fully electric. 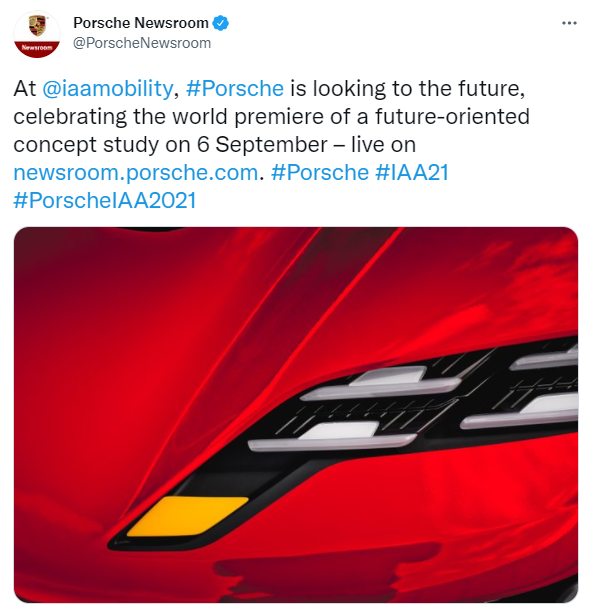 The official Twitter account, which shares news about the German automaker Porsche, shared a close-up photo of the headlights of a vehicle today. The photo shared with the phrase “looking into the future” is the brand’s new generation and probably of the all-electric concept vehicle signaled. The fact that the headlights in the photo do not belong to any Porsche vehicle we have seen so far has fueled the curiosity. In the demonstration to be held within the Munich Motor Show, we may encounter a vehicle unlike anything the company has done before.

The post, in which the car, which is predicted to shape the future of the brand, was announced, did not directly give any information about the design of the vehicle, or whether it is electric. All of the statements in the description section of the post were as follows: “#Porsche looks to the future at @iaamobility and on September 6 celebrates the world premiere of a future-proof concept work”

Porsche is currently working on removing electric vehicles from its existing series. If one of them Macan, the new generation SUV to be produced as all-electric. However, after the demonstration of the concept vehicle in question, we may encounter vehicles that will breathe new life into the company’s design approach in the coming years.