Attending MSI’s latest Insider livestream, Phison CTO Sebastien Jean talked about next-generation SSDs based on PCIe Gen 5, Gen 6 and even Gen 7 controllers. As you know, Phison is an important company for SSD controllers and they recently released their new generation PCIe 5.0 controllers.

Phison has revealed some really interesting details about the next generation of SSDs, especially the PCIe Gen 5 products that will start shipping to customers next year. Sebastien says it takes about 16-18 months to develop a brand new SSD design. The CTO also states that work on products based on a new production technology started 2-3 years ago. The company has already started designing low-level components for PCIe Gen 6 SSDs, which should be on the market around 2025-2026.

As for PCIe 5.0 SSDs, these drives will reportedly offer speeds of up to 14GBps, and current DDR4-2133 memory also offers speeds of around 14GBps per channel. SSDs will not replace system memory solutions, but can still offer speeds close to DRAM solutions. 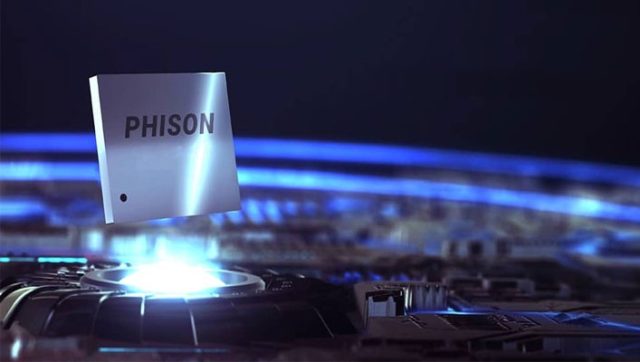 Current CPU architectures consist of L1, L2, and L3 cache units. Phison, on the other hand, believes that PCIe 5.0 and beyond SSDs with 4KB cache can act as an LLC (L4) cache for the CPU, thanks to a similar design architecture.

Recently, KIOXIA unveiled the first PCIe Gen 5.0 SSD prototype with read speeds of up to 14,000MB/s and double the IO performance of Gen 4.0 SSDs. Phison will continue to compete with Samsung’s own controllers, and it is stated that PCIe Gen 5.0 (NVMe 1.4b standard) SSDs will begin shipping in 2022.