Ryan Shrout, Chief Performance Strategist at Intel, was planning to unveil PCIe 5.0 SSDs during next week’s CES 2022 expo. Unfortunately, the company has canceled its plans to attend the event physically and will present its new technologies with virtual events.

One of the planned rollouts would run the first PCIe 5.0 SSDs on the Core i9-12900K equipped system. Shout, on the other hand, decided to make his presentation on his social media account without waiting for the event. The recently introduced Samsung PM1743 PCIe 5.0 SSD, which actually appeals to the corporate market, is used here. The PM1743 will be available in capacities ranging from 1.92 TB to 15.36 TB.

Making things even more interesting, Ryan Shrout installed two Samsung PCIe 5 SSDs in a single system to reach 28GB/s. However, due to the limited number of PCIe 5.0 lanes in the Intel Alder Lake system, the external GPU had to be removed. 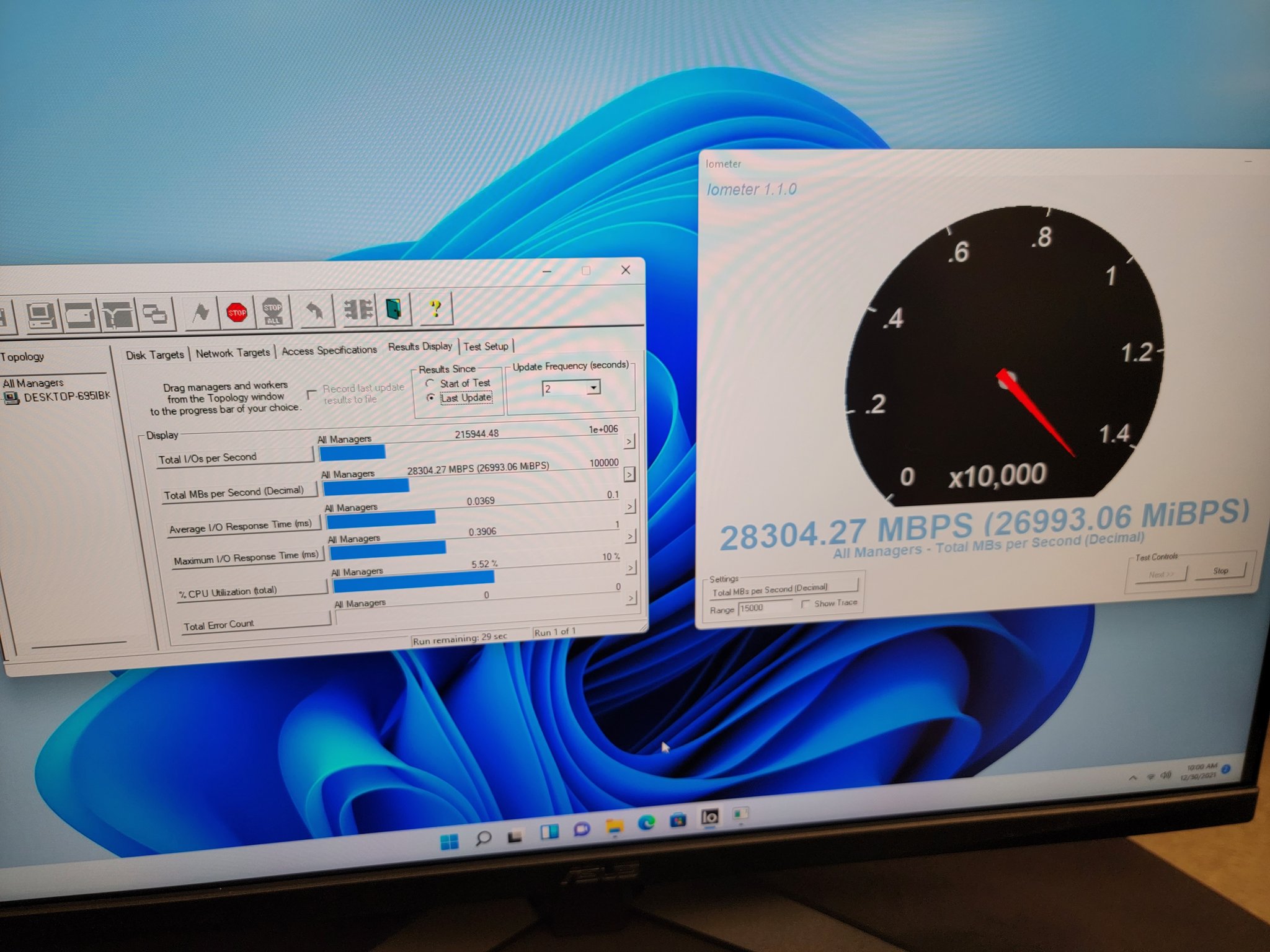 We expect PCIe Gen5 SSDs to reach the enterprise first and launch in 2022. So much so that it is unlikely to gain popularity in a short time, and we can see that consumers start using these storage units in 2023.