by Michael Lewis 3 weeks ago3 weeks ago
5kviews
307

Nikon Z9 is launched as the first flagship model of the Z series. Nikon claims its product has the fastest CMOS sensor among mirrorless cameras with a 30MP or larger image sensor. With this sensor, the camera can work without a mechanical shutter.

In addition to being the fastest CMOS sensor, Nikon has claimed that the sensor achieves “the world’s most minimal louver distortion.” This electronic shutter system is silent on its own, but there is a shutter sound effect with adjustable volume of the camera.

The camera has a 45.7 MP CMOS sensor and EXPEED 7 image processing system. If you’re recording video on the camera, you’re offered 8K recording at 30 FPS for over 2 hours without overheating. The product can also shoot 4K 120 FPS slow motion video. 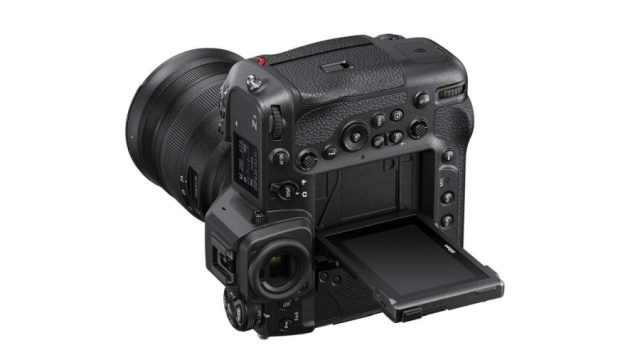 The product is powered by the world’s brightest Quad-VGA panel with a claimed brightness of 3000cd/m2 (nit). This is definitely the kind that will make the difference when taking pictures in the deep dark. -8. Alongside a new starlight mode for focusing up to 5 EV, the camera’s buttons also feature illumination.

With the High Speed ​​Frame Capture+ feature, still shots can be taken at 120 fps with 11 megapixel images. Nikon’s research has shown this to be the world’s fastest fixed shutter frame rate among mirrorless cameras as of October 28, 2021.

The Nikon Z9 will be available for around $5,500. Let’s underline that this is only the body price. The box contains the digital camera body, rechargeable li-ion battery, battery charger, AC charging adapter, battery compartment cover, USB cable, HDMI/USB cable clip, eyecup, body cap, strap and accessory shoe cover. The product is expected to reach users before the end of 2021.