US President Joe Biden had his first summit with Canadian Prime Minister Justin Trudeau. During the meeting, the new road map was announced and messages of friendship were given. However, the economic steps of the USA, in the shadow of those messages, also ignited a new trade war.

The summit did not occur physically due to COVID-19 measures. The video conference was held between Ottawa and Washington.

Making a written statement after the meeting, Biden gave the message “We will revive the alliance and determined friendship”, referring to the relations that deteriorated during the Trump period.

The Canadian and US media interpreted the “new era” emphasis in the meeting as the first official step in the process of normalizing relations among allies.

However, the recent steps taken by the USA in the field of the economy created a new commercial crisis in the shadow of the messages of friendship. 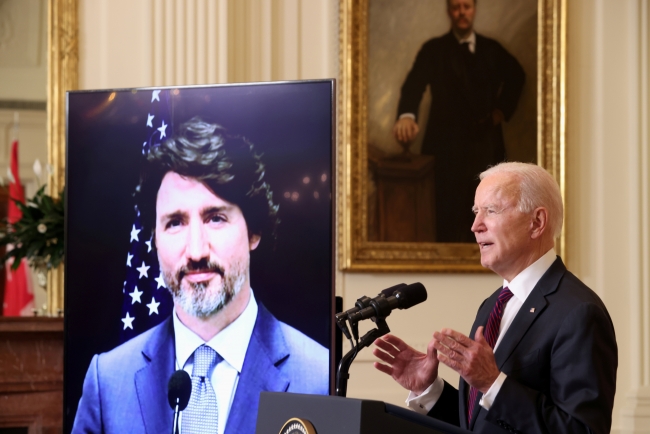 So how did the tension between the USA and its biggest trading partner Canada begin and what crises are happening in the background of the top cooperation messages?

Here are the answers …

The first meeting was concluded with the message that alliance and friendship will continue, as expected. However, Canada was one of the first countries to suffer from Trump’s global trade war.

A few days before the G7 summit in 2017, Trump imposed an additional 25 percent tax on Canadian steel and 10 percent on aluminum.

He warned Canada and other trading partners not to set retaliatory tariffs.

“Trudeau is being dishonest and hypocritical”

Saying that the decision was an insult to Canada, Trudeau did not leave Trump’s threat unanswered, saying, “This will be a turning point in bilateral relations, we have taken retaliatory measures.”

Trump’s reaction to the answer was harsher:

“Trudeau is very docile and gentle. He is being dishonest and hypocritical. Canada has money but I am telling the fact that it has not paid even 2 percent to NATO ”

Cold winds blew between the two leaders at the United Nations General Assembly held in 2018.

There was heavy criticism from the Canadian press for Trump’s shake of his hand without getting up when Trudeau arrived.

Trudeau replied “do not upload a different message” to the questions of the press on the subject. However, Trump again targeted Canada at the UN meeting.

He said he was not satisfied with the North American Free Trade Agreement and the way Canada negotiated.

In 2019, a blind-knot North American Free Trade Agreement (NAFTA) was reached between the US, Mexico and Canada, but the deal was not ratified.

Justin Trudeau, who accepted the terms of the agreement, was declared by Trump this time not a fraudulent, but a great friend. 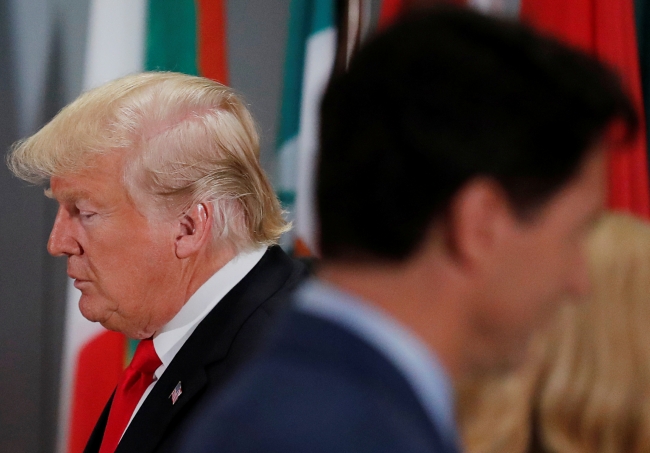 There was no direct polemic between the two leaders in 2020 and beyond. Differences of opinion mostly manifested themselves in increased tension with China, the COVID-19 pandemic, and anti-racist protests in the USA.

Asked about the demonstrations that started with the death of a black George Floyd in the USA as a result of the police intervention, Justin Trudeau first remained silent for 21 seconds, then said, “We watch what is happening in the USA with fear and astonishment.”

New crises growing in the shadow of friendship messages

After 4 tense years with Trump’s presidency, Joe Biden, the new US president, did not break the tradition and made his first foreign contact with the Canadian Prime Minister.

During the meeting, Biden and Trudeau agreed to work together on many issues, including climate action and the COVID-19 outbreak. The US President pledged to help Canada secure the release of two Canadians detained in China.

Biden’s written statement about the meeting was published on the White House website.

“It is in the common interest of the United States and Canada to revive our historic alliance and determined friendship to tackle today’s daunting challenges and realize the full potential of collaboration for the future. The partnership between the US and Canada continues as we invest in each other’s success. ” 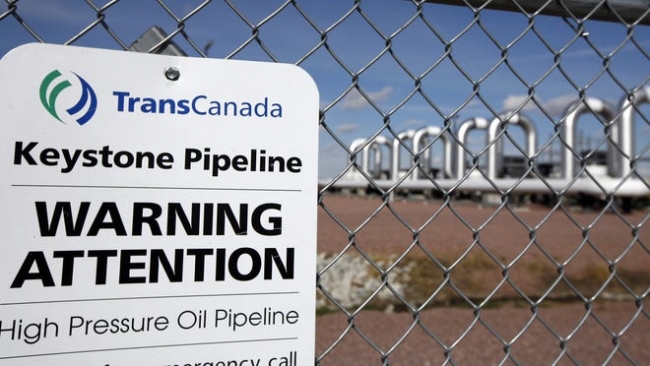 Although the emphasis on friendship and the new era in Biden’s message raises the hopes of re-strengthening the alliance in North America, according to the Canadian press, relations will not regain their old order in a smooth and easy way.

The Keystone XL decision signed by Biden as soon as he took office also supports this view.

Keystone XL is a 2,735-kilometer oil pipeline project that will transport Canadian oil to the refineries of the US in the Gulf of Mexico.

It was predicted that the line, which is one of the most critical projects for the export of the country, would transfer approximately 800 thousand barrels of oil per day.

Prime Minister Justin Trudeau put the Keystone XL as a top priority in a phone call for Biden’s election victory.

However, Biden signed the decree to cancel the Keystone XL oil pipeline project.

Retaliatory call to the USA

Claims that Biden would cancel the Keystone XL oil pipeline project on the first day of his assignment had previously appeared in the Canadian press.

Alberta Province President Jason Kenney said, following the allegations in the press, “I hope Biden will respect Canada. The relationship between Canada and the US is worth discussing at least. But if the project is canceled, we will sue.”

Following Biden’s approval of the decision, Kenney called on the US to impose retaliatory economic sanctions.

After evaluating the project for 7 years, Obama rejected it in November 2015 for environmental reasons, and Trump approved it. 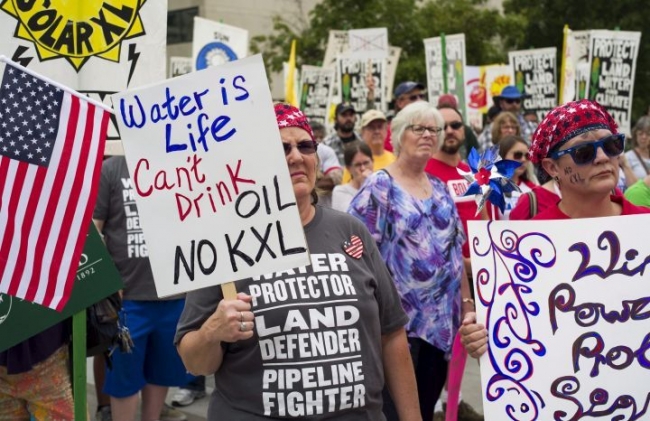 Trump’s decision was protested across the country by environmentalists and locals.

One of the steps that increased the tension between the USA and Canada was the signing of the “Buy American” decree. 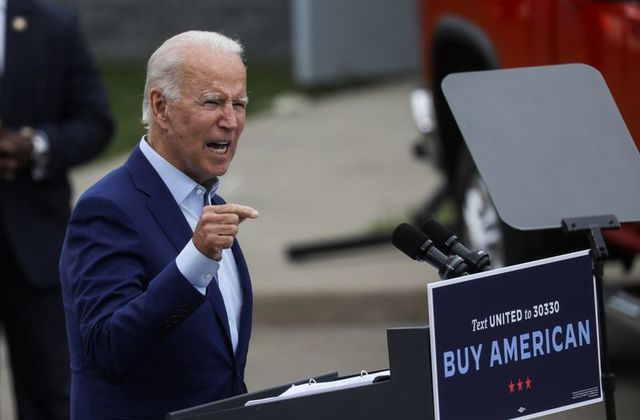 “I don’t think it would be in the interest of Canadian workers or the energy sector to engage in a trade war with the United States,” said Mary Ng, Canadian Trade Minister.

He announced that Trudeau would attempt to persuade Biden to both find a new solution for the Keystone XL and exempt Canada from the American buy decree.

According to the Canadian press, if Biden does not back down, one option on the table is to put pressure on NAFTA. However, no official statement has yet been made as to whether economic sanctions will be taken or not.