As the Radeon RX 6X50 XT series approaches, special models of the production partners have also started to be listed. Along with the RX 6950 XT, the flagship will change hands soon. A high-end model from the Gigabyte Gaming series has been listed by the Australian retailer for AUD 3,241 (USD 2,400). This is a very new list and of course prices are subject to change. Also, regarding the accuracy of the leak, it should be noted that the product code matches the leak from the EEC regulatory office. If this price tag of the 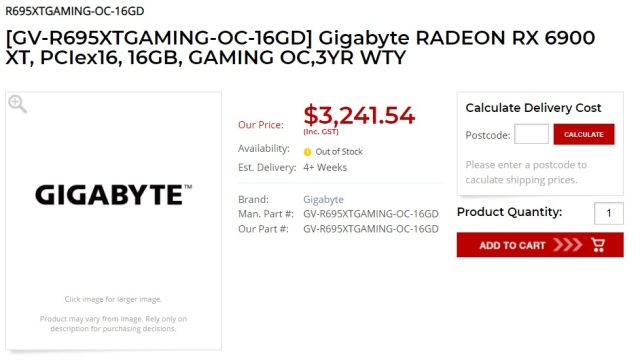 RX 6950 XT, models such as the RX 6750 XT and 6650 XT also showed up in the EEC application. Gigabyte is planning three 6950 XT SKUs, including the AORUS Xtreme WaterForce (liquid-cooled) and Gaming card. Also, three RX 6750 XT and four 6650 XT models will be introduced soon.

AMD has delayed the launch date from April 20 to May 10, judging by the latest leaks. The company has not yet confirmed the refreshed RX 6000 display cards, but we expect the company to make an official announcement very soon.