Microsoft first announced the new app store for Windows 11 in June and has been making continuous improvements since then. Several service updates have been released as part of the Windows Insider Program, and users have been testing the new Store on their devices for over three months. 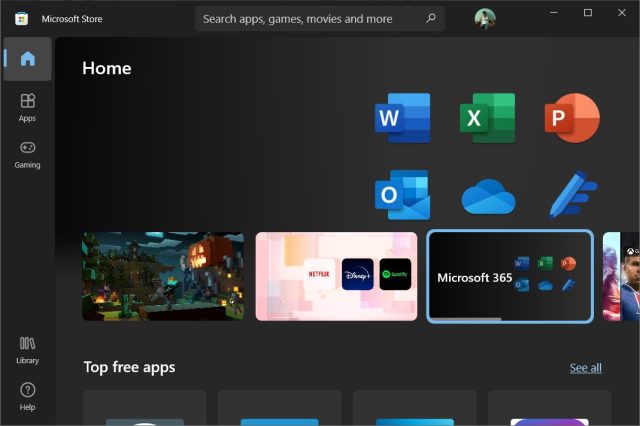 During the “What’s new for Windows” event, the software giant announced that it is rebuilding the Microsoft Store with a new design, improved performance, and better support for developers. As expected, Microsoft is bringing the Windows 11 store to Windows 10 PCs and the store will be rolled out in stages.

If you’re on the Release Preview Channel of the Windows Insider program and are running Windows 10 21H2, you can now check for updates in the Microsoft Store for the new Store.

Those running non-Insider builds can manually install the Store by following these steps:

In this case the final command will be:

“Microsoft. UI. xaml. If you get an error message about 2. 7”, just download and install the framework from here.