Images allegedly belonging to Intel’s upcoming Alder Lake NUC computer have been leaked. Judging by the leaks, the mini PC carried a 12th generation processor along with the large LGA1700 socket. If these images are accurate, it will be the first time the company has switched from a BGA socket to an upgradeable LGA socket for the NUC.

The LGA1700 socket may allow users to upgrade the CPU inside the NUC to a higher Alder Lake model or perhaps a future 13th Gen Raptor Lake processor. But there’s a chance that Intel will unlock potential upgrade paths with motherboard microcode updates. That’s why we need to see what happens when the NUC is officially released.

On the other hand, the motherboard appears to have two DDR4 SO-DIMM memory slots along with a PCIe 4.0 NVMe storage interface. This may be due to major manufacturing issues in DDR5 memory production. The specs appear to be in line with the Intel NUC 12 Enthusiast, which was leaked last August, and the new series’ codename is likely to be Serpent Canyon. 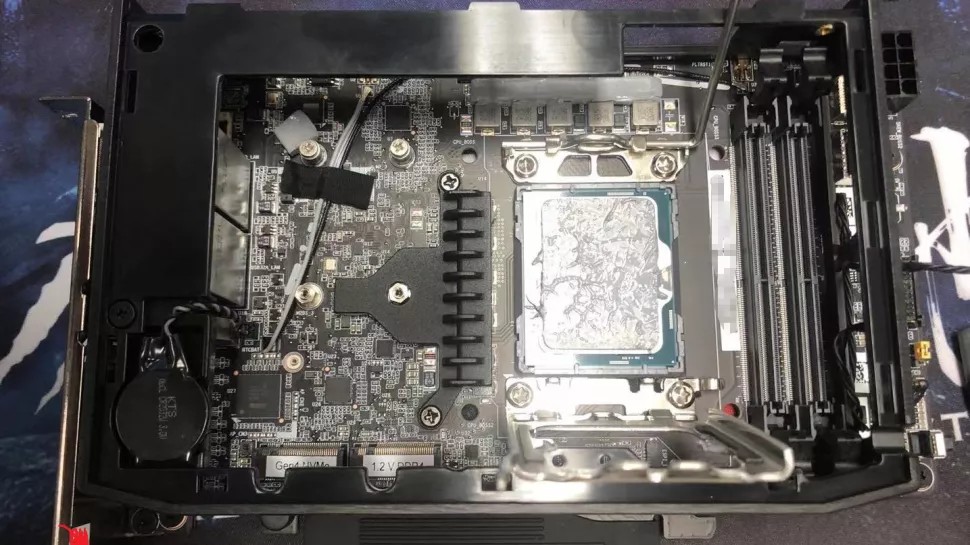 We mentioned that the new NUC 12 can be supported with Intel Alder Lake processors as well as Xe-HPG DG2 Alchemist display cards. It is also reported that the device can handle Core i5, Core i7 and Core i9 CPUs.

The timings of the leaked photos for the NUC 12 Enthusiast show that Intel may make some presentations at the CES 2022 event, which will be held in a few days.