Intel is preparing to respond to AMD’s new Zen 4 architecture and Ryzen 7000 series processors with 13th Gen Raptor Lake. We’ve talked about these CPUs many times in the past and seen chips put to the test. Now we have a Raptor Lake-P processor belonging to the mobile platform.

As with the current Alder Lake-P series, next-generation laptops will use a silicon called Raptor Lake-P. One of the processors of this series was recently tested with Userbenchmark software. The test platform is clearly based on the Intel reference system, as stated in the “Raptor Lake-Px LP5 ERB” build information. Here we are also looking at a system that uses LPDDR5 memories.

Data collected by software, base time It shows a chip with a clock speed of 2.5 GHz and a turbo clock of 4.2 GHz. The mobile CPU has 14 cores and 20 threads. We know that Intel will increase productivity cores on the desktop side. In this context, the number of cores will increase to 24 in total and the number of threads to 32. However, it is not clear whether the blue team has similar plans for the mobile series. 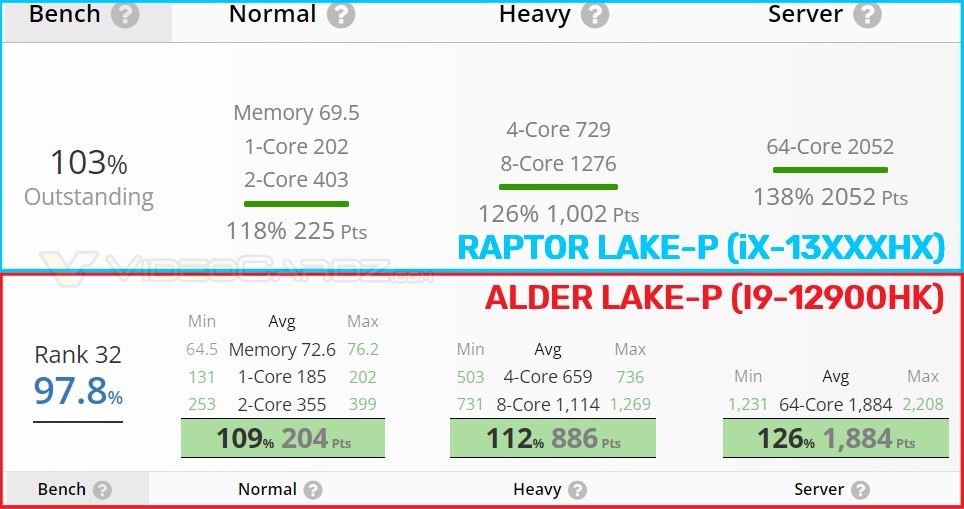 Additionally, this processor seems to have achieved higher scores than the current flagship Alder Lake-P CPU. Given the history of the test we’re talking about, it’s good news that even engineering sample chips are getting ahead. It is not quite right to take the Userbenchmark data as a criterion, but let’s note that both mobile processors were tested on the same platform.