The American Dairy Association promoted milk and dairy products in Ohio to display the sculptures of Neil Armstrong, Buzz Aldrin, and Michael Collins to celebrate the 50th anniversary of Apollo 11.

The astronauts Neil Armstrong, Buzz Aldrin, and Michael Collins, who made their names in history with the Apollo 11 mission, look quite fantastic in the butter sculptures made at the Ohio State Fair. At the event organized by the American Dairy Association, the butter sculptures, which are made according to their real dimensions, are celebrating the 50th anniversary of Apollo 11.

Born in Ohio, Armstrong became a symbol of space after traveling to the Moon. Armstrong also bought a dairy farm in Ohio after leaving NASA in 1971. Ohio has a special connection with Apollo 11. One of us took the first steps on the surface of the Moon, J said Jenny Hubble, vice president of communications for the American Dairy Association. 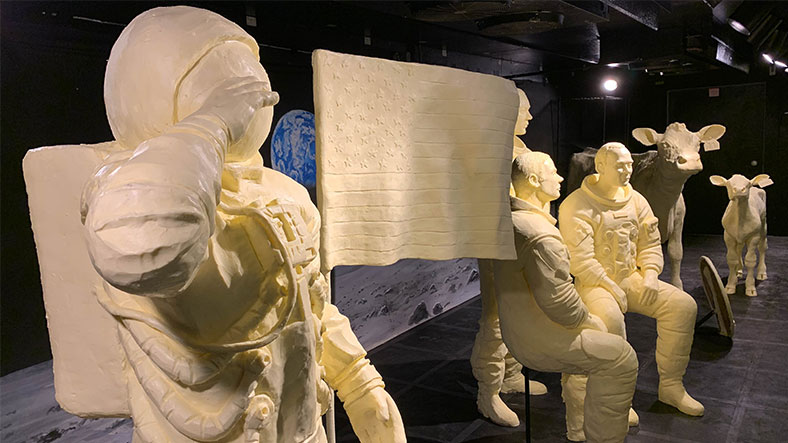 Full 998 kilograms of butter, donated by dairy farmers, were taken and used to make these statues. Together with the steel frames used to make the sculptures, these butter sculptures can survive more firmly. As seen in the video shared by the American Dairy Association, sculptors made these sculptures using butter in a cooler.

After a total work of 400 hours at 7 degrees Celsius, visitors who want to see these works will have many dairy products including ice cream, milkshakes, cheese sandwiches and of course milk. Space fans have until 4 August to see the butter sculptures of the Apollo 11 crew.