Humanity, which left footprints on the surface of the Moon, had exploration vehicles on Mars, and shattered spacecraft on Jupiter and Saturn, now turns its eyes to asteroids. However, this time, it is not our curiosity , but our fear and anxiety .

Announcing its project called DART about two years ago, NASA stated that they would take a new step in the field of space defense. The first crash test of the DART spacecraft , which will be used to divert the course of approaching asteroids and is scheduled for launch this month, will take place in September/October 2022 . An asteroid named Dimorphos , which will pass close to Earth orbit Didymos and travel with it , were chosen as victims for this mission of NASA.

The spacecraft, which is planned to be launched this month, will collide with the meteorite and change its direction: 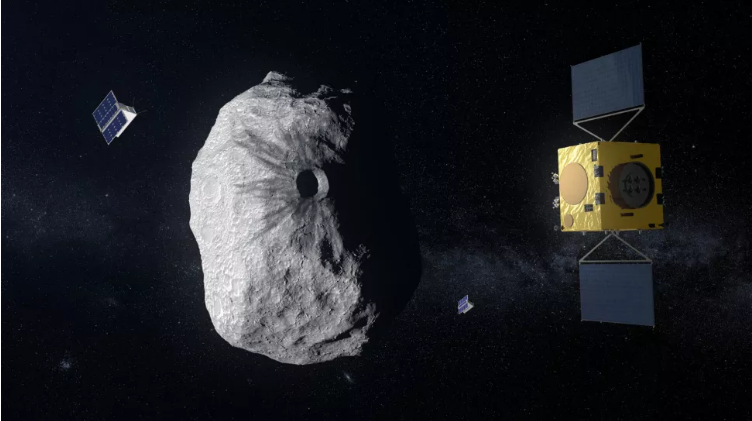 The main purpose of this project is to pose a threat to the Earth in the future. to test how we can protect ourselves in the event of an asteroid . The meteors that DART will try to change, which is planned to be launched between November 24, 2021 and February 15, 2022 , do not pose a threat to us. This is actually the reason why scientists chose the meteorites they call Didymos and Dimorphos. It is predicted that if things go wrong there will be no threat .

The DART spacecraft, weighing 550 kilograms , will be sent to collide directly with Dimorphos . This mission, which will present scientists’ first data in this area, will closely examine how much the DART spacecraft has changed the direction of the small asteroid. NASA suggests that with this mission, the relationship between ‘humanity’ and the Solar System will gain a new dimension. What are your thoughts on this subject? Can an asteroid that could pose a threat to Earth in the future be prevented in this way? You can share your thoughts in the comments section.