NASA, who wanted to explore how other species would react to space travel, sent a mouse into space. The result was funny than expected.

We don’t know if there’s life in space, but we’re absolutely determined to spread life into space. For now, our first target seems to be Mars. Even though the human body is less certain about how it reacts to this journey, we do not know much about other creatures. 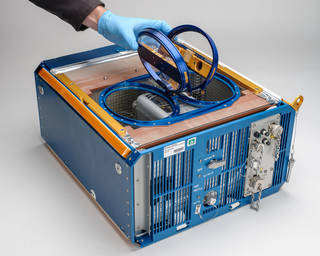 NASA has been working to examine the changes that other living things have undergone in space. For this purpose, researchers who created a private life module sent the module and the rats inside the International Space Station. The results were both interesting and funny.

The mice are incredibly uncomfortable in the first part of the experiment. The mice that were blown around, drifting along with their cages and trying to figure out which side was the right side are adapting to the situation after a while. Even our little feathered friends who are better suited to their environment than the predictions begin to use the gravitational environment to their advantage.

It can even be said that mice enjoy this situation. Mice, which became accustomed to the gravitational environment, flown all over the cage and turned their cages into a gigantic hamster wheel. This may indicate a mechanism that mice develop to regain balance and deal with stress.

When NASA researchers examined the behavior of mice, they found that these living things continued to a great extent in the movement routines in the world. Such research gives NASA the opportunity to observe changes in the biology and behavior of mammals in a low-gravity environment for a long time.