NASA is trying to get information about the internal structure of Mars with the InSight tool on Mars. InSight tool recorded the sounds of earthquakes that took place on Mars this year. NASA released InSight’s earthquake sounds.

NASA’s InSight tool continues to gather information about the internal structure of Mars. NASA shared the earthquake sounds recorded by InSight on Mars with a blog post on Tuesday.

The InSight vehicle is equipped with a high-precision seismometer called System Testing for Internal Structure (SEIS) to listen for earthquakes on Mars. With this seismometer, the vehicle can track how seismic waves on Mars travel through the planet. It is also able to record the sounds of earthquakes. 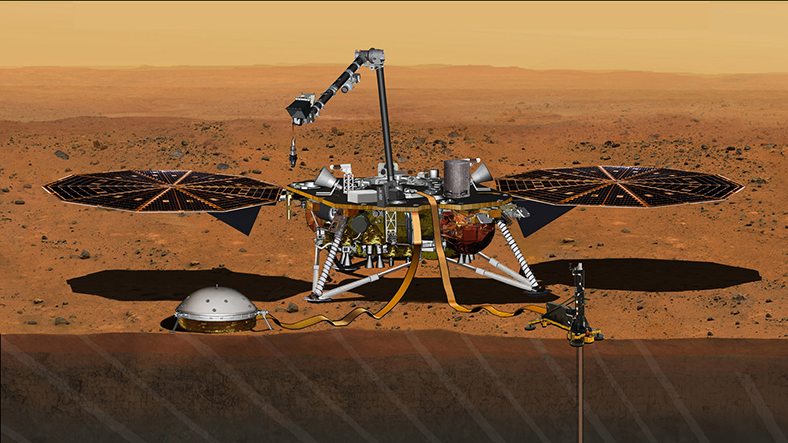 InSight placed the seismometer on the planet’s surface last December. However, an earthquake could not be detected until April of this year. NASA said the seismometer has recorded more than 100 events since April, but about 21 of them could be considered severe earthquakes.

The sounds that emerge in earthquakes are below the hearing range of people. NASA accelerated and processed the sounds so that they could be heard. The recorded sounds revealed that the shell of Mars was a mixture of the shells of the Earth and the Moon.

In the world, underground cracks are filled with water. For this reason, sound waves generated by earthquakes are transmitted continuously. Since the shell of the moon contains fractures, it takes a few minutes for the sound waves to propagate. The crater surface of Mars is similar to that of the Moon, and the seismic waves last for about a minute on Mars. Earthquakes in the world end in seconds. NASA shared the sound of the winds of Mars last December.

You can listen to the sounds of earthquakes on Mars through the video below.