Here we are with a new case of necrophilia from the animal kingdom. Necrophilia, which is called a sexual orientation disorder in humans and described as having a sexual desire for the dead, is already seen in some animals. The event we will talk about now is about an animal that became necrophiliac under the influence of a substance.

According to a relatively recent discovery, a fungus species renders the male flies it infects necrophiliac . This fungus not only pairs males with dead females, but also attracts other uninfected flies. 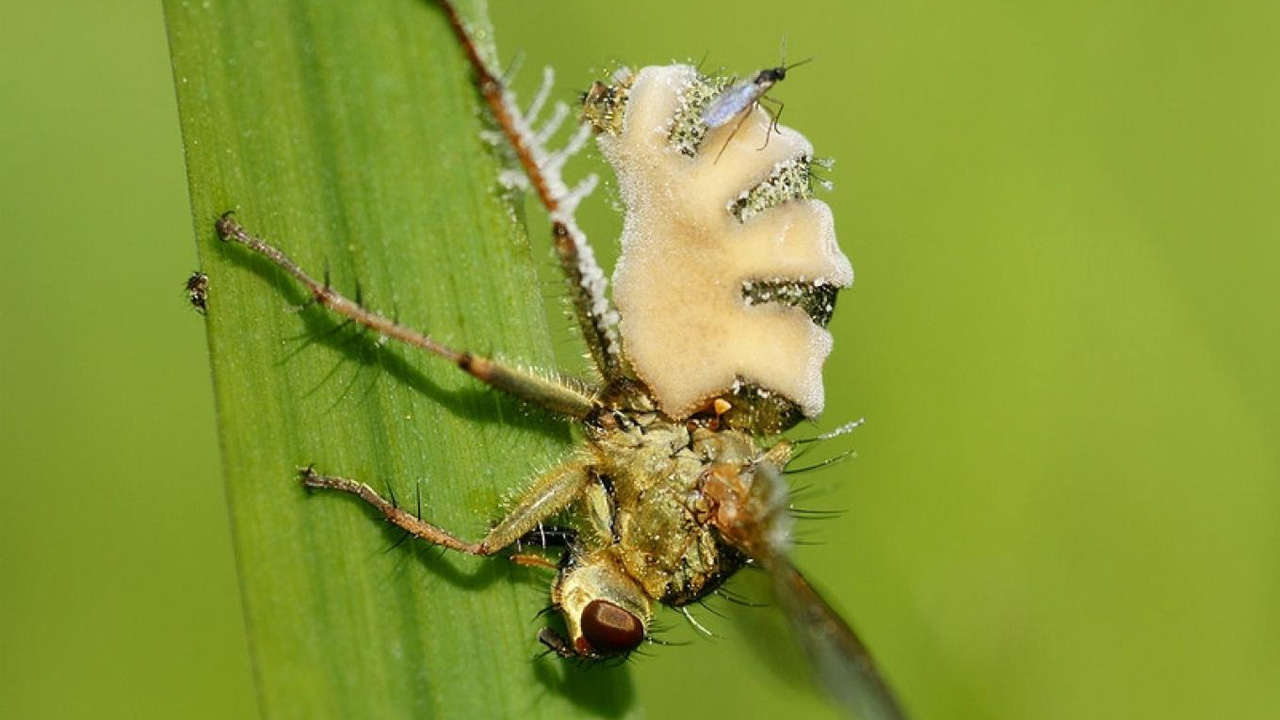 Danish researchers, scientific name Entomophthora muscae is a mind-blowing fungus discovered its effect. According to the findings, this fungus penetrates the skin of infected houseflies, produces spores in the yellows of their bodies and quickly gnaws at their intestines. As a result, the infected fly dies within 5 to 7 days. But that’s not the interesting part.

Female houseflies infected with this fungus attract male ticks. The male fly, which pairs with the dead fly, becomes interested in the dead but also spreads the fungus to the live females. While the fly, which has become a zombie, is now the slave of this impulse, the s flies are also attracted to this mushroom as at the beginning of the event and the cycle continues like this.

During the study, the researchers focused on male flies, giving the infected two options for mating with pairs. Infected males selected females that had died from the infection. However, the situation is said to be mostly the same in females.