MSI put plenty of aluminum and copper in the heatsink. We see a huge heatsink with 8 copper heat pipes on the card. 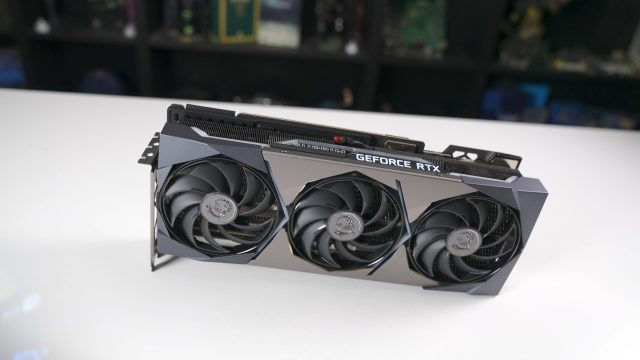 As you can imagine, this is a very heavy and big card with 2154 grams, occupying 3 slots. 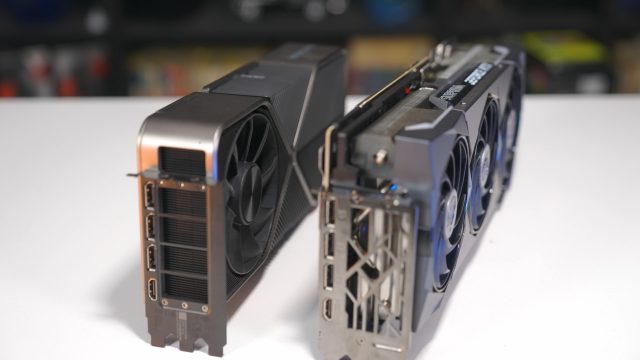 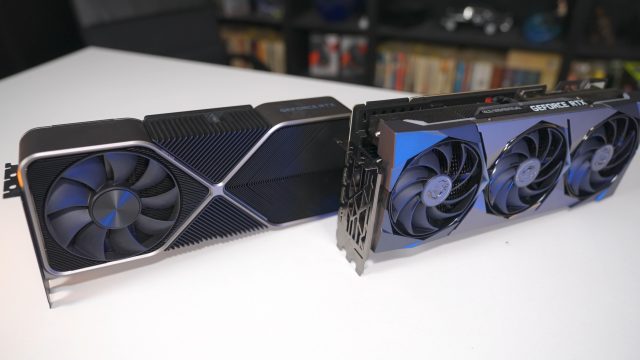 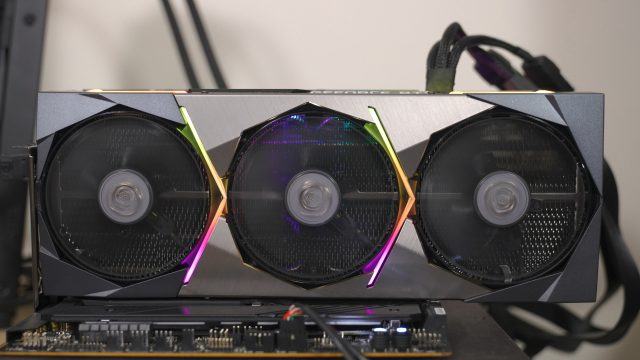 The edges of the fans, the side and the backplate have RGB lighting. The backplate also has a brushed aluminum finish, and here we see a large RGB illuminated MSI logo. 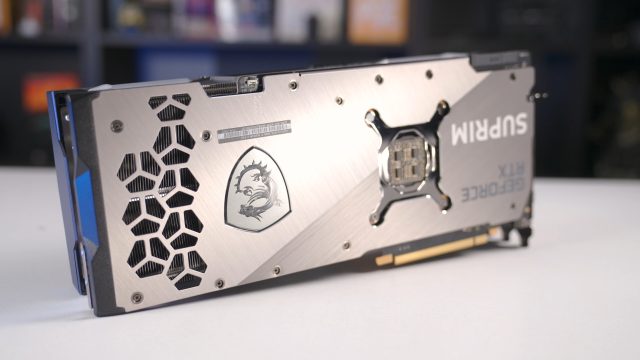 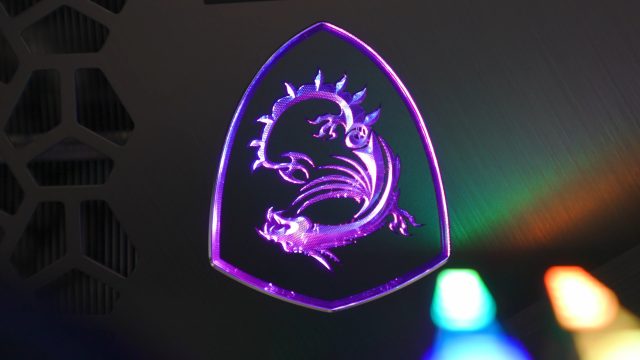 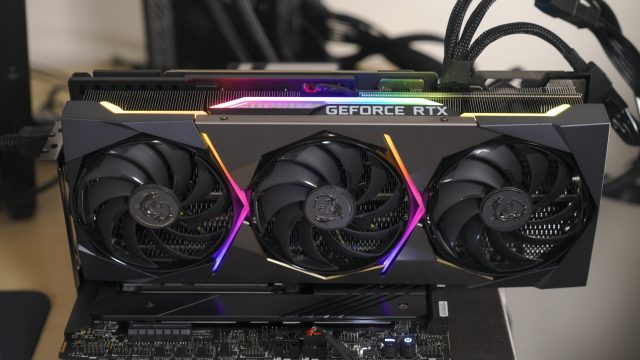 This cooling fan is MSI’s Tri It is from the Frozer 2S series and uses MSI’s TorX Fan 4.0. These fans are specially designed for maximum air pressure. The board ran very quiet and cool in the tesdollarser even under full load, especially considering the high power ratings. 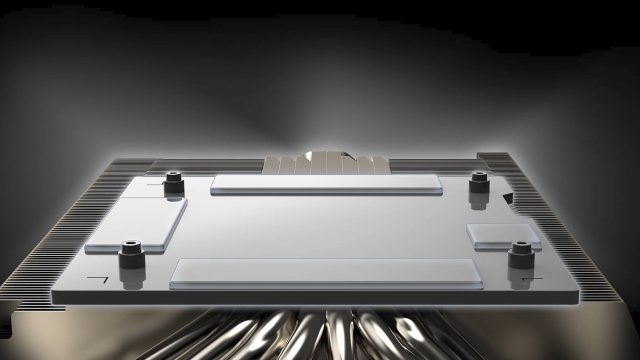 The heatsink’s copper heat pipes cool not only the core but also the vrm, memory units. A baseplate is in contact with all these parts and it is connected to the heat pipes. 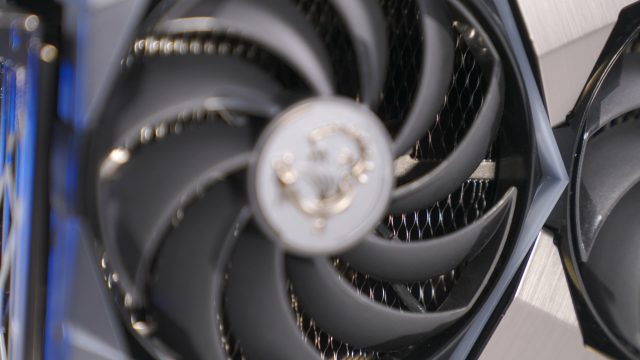 Aluminum fins are also special, as far as I can see, they are quite open and do not consist of thin metal parts standing side by side, which we see in an average cooler, but their shape is specially designed to reduce noise. 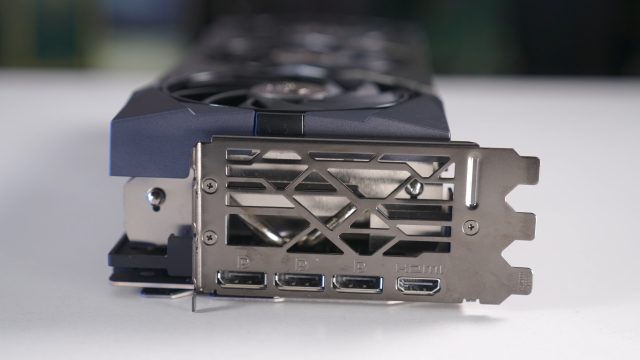 Nvidia’s mini 12 pin power cable remains on this card as well. What’s different from the 3090 is that the 12-pin cable that comes out of the box has 3 8-pin PCI-Express power connectors on the other end, not 2. 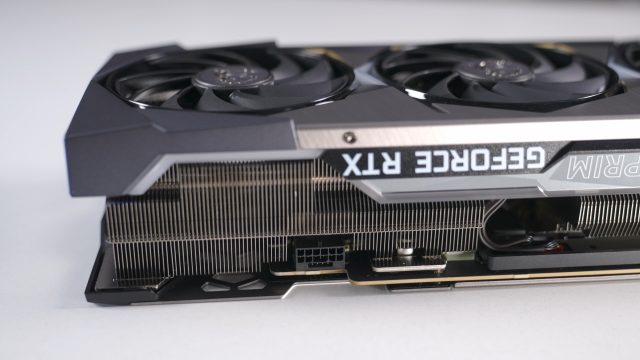 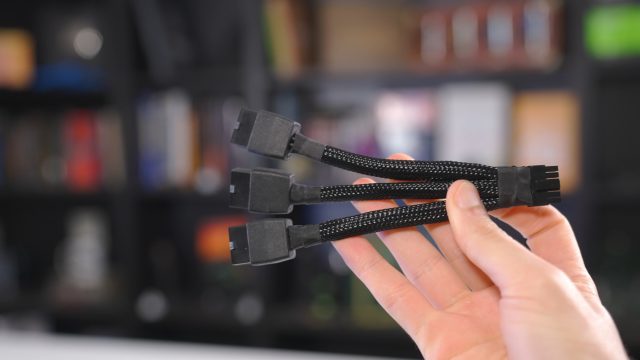 An important detail is that each of these 8 pin cables must be separate.

There is also a switch on the board that allows you to choose between silent mode and game mode. This mode does not change the operating frequencies, it only changes the fan curve and affects the noise values ​​of the card under load. 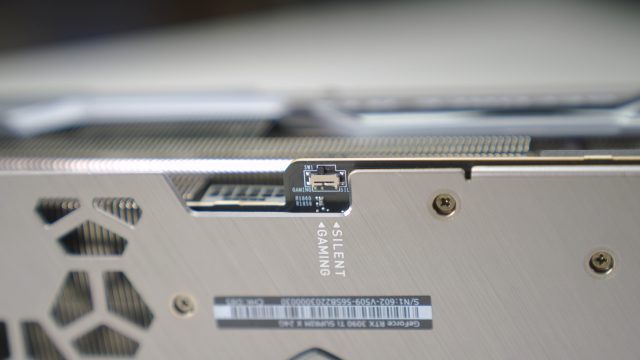 We found the card to be pretty quiet even in gaming mode. However, if you like a very quiet PC, you can use the card in silent mode.

3090Ti total of 10752 Cuda cores, 112 ROPs, 336 texture mapping units, 336 tensors It comes with 84 cores and 84 ray processing cores. This is the most powerful form of the GA102 silicon that powers the 3090, unlocked all the features. Nvidia usually releases these versions after the productivity issues in production are overcome, which is exactly what happens with the 3090Ti. Another aspect that distinguishes the 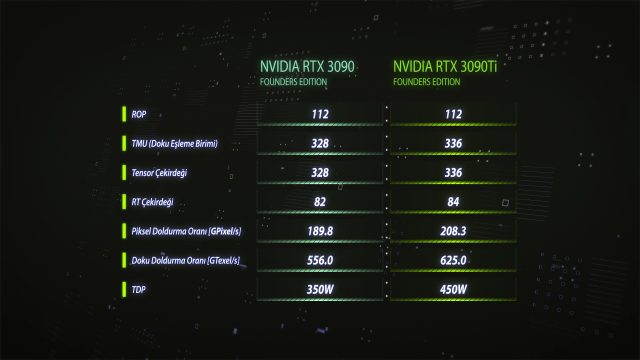 3090Ti from other display cards on the market that appeals to the end user is its huge 24GB memory. Of course, we also see professional display cards with larger memory than that. For example, Nvidia also released the RTX A6000 graphics card with 48GB memory. However, old generation and slow GDDR6 memories were used to support ECC on this card. In the 3090Ti, on the other hand, we see GDDR6X memories that reach 21Gbps, with this memory the card achieves a memory bandwidth of over 1TB/s.

All these beauties also have a downside. MSI Suprim X can draw up to 480W in games. No, this is not the total power drawn by the system, it’s just the video card. This value, which was 350W in the reference 3090, increased by 130W.

But interestingly, the temperatures are still almost the same, maybe a few degrees more hot. I can even say that we cannot see above 70 degrees in games. Moreover, while the fans of the 3090 are disturbing under load, you cannot hear any sound from the Suprim X. In this sense, the only downside to excess power consumption will be your swelling electricity.

We tested the card in 7 games at 4K resolution and highest settings. We tried to choose the games that support RayTracing as much as possible. We repeated the same tesdollar series on the RTX 3090 with the updated Nvidia driver on the same system so that the comparative results are hits. 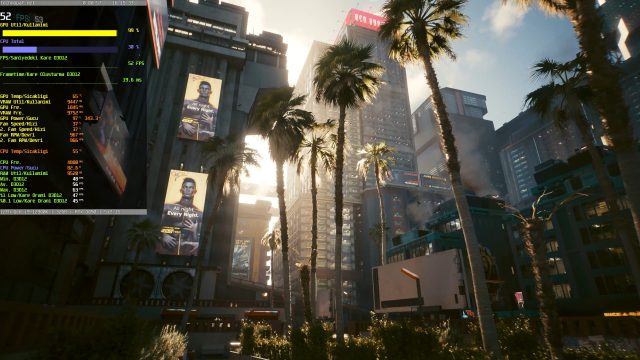 For those wondering about our test system, we used the 12900K from the 12th generation Intel Alder Lake processor family to rule out any bottlenecks. Our motherboard was MSI MEG Z690 Unify, the CPU cooler we used was MSI MEG CoreLiquid S360 and MSI MPG A1000G 1000W power supply powered our system.

If we take an average of our Tesdollar series, it is possible to talk about a 10% increase in performance compared to the 3090. In the light of these results, we can clearly say that the RTX 3090Ti is the fastest graphics card in the world, and when you buy the factory overclocked and powerful cooler models like MSI Suprim X, you get the best of the best. If I know Nvidia a little, it has always cared about titles such as having the most powerful graphics card possible and saw it as an important source of prestige. In this sense, yes, the 3090Ti is perhaps a symbolic card and it is not expected to reach high sales figures, but it is important to know the reason for this card’s existence.

If you want to have the fastest graphics card in the world, what you need to do is high power consumption and high price. Nvidia recommends a minimum power supply of 850W for the 3090Ti. For the factory overclocked models we have, this may be a bit higher. Frankly, if I were to collect a system from these kardollars, I would not prefer a power supply below 1000W. 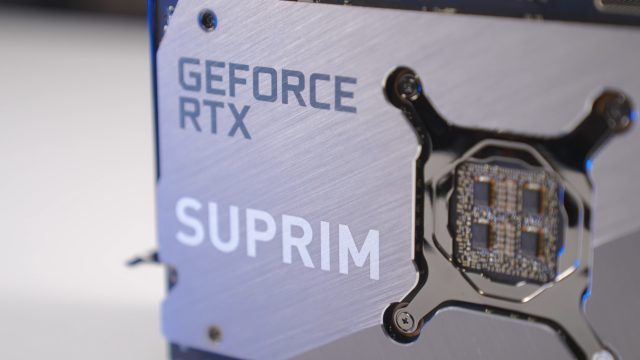 MSI Suprim X 3090Ti, with a foreign sales price of $2,200, is a mid-high-end system with taxes. We can often say that it will be sold at the same price. 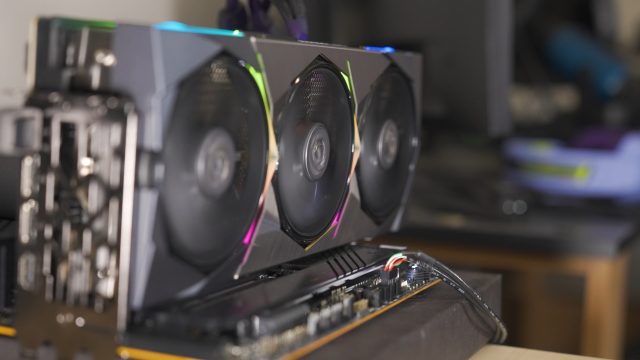 Sometimes people don’t miss the old days. For example, in 2013 the 780Ti sold for $699 and in 2015 the 980Ti was sold for $650. Today, Nvidia wants $2000 for the Ti model. This price tag makes these high-performance gear that used to be available in the series inaccessible to most gamers today. We hope that in the coming years, chardollarsar will improve and fiyadollarsar will return to normal again.