Microsoft wants to become a favorite of gamers and game developers by reducing the Windows Store outage. The company made a clear offer to game studios to shift Steam’s user kidles to the Windows Store on Windows 10 computers. According to the latest statement shared on the subject, Microsoft From 1 August 2021 Only the sales of games to be published in the Windows Store will receive 12 percent commission. Normally 30 percent This lowering of the commission level can be quite exciting for players.

President of Microsoft Xbox Game Studios Matt Booty, “Game developers are at the center of delivering great creations to our players and we want to make them successful on our platforms. For this, all we have to do is, to bring a clear and unconditional revenue sharing model to developers. In this way, the games prepared will appeal to a much wider audience and will also have a commercial success. Found in the statement. It looks like Microsoft will take responsibility, so to speak, for the Windows Store to become the preferred place for digital game distribution. For normally 30 percent game sales cut withdrawal up to 12 percent can drastically reduce Microsoft’s earnings from the Microsoft Store. It is worth noting that not every organization can make such a change.

Also mentioned commission discount is only valid for PC games and, will not affect Xbox console games in the store. At this point, Microsoft did not provide information about why the 30 percent cut from Xbox game sales was not reduced. However, as a reason for this

We can show that console business model is completely different from PC. That’s because companies like Microsoft, Sony, and Nintendo try to keep hardware costs low to make consoles more affordable. Consequently, getting 30 percent commission from game sales becomes a necessity to close the financial deficit here.

Things Can Get Tough For Steam 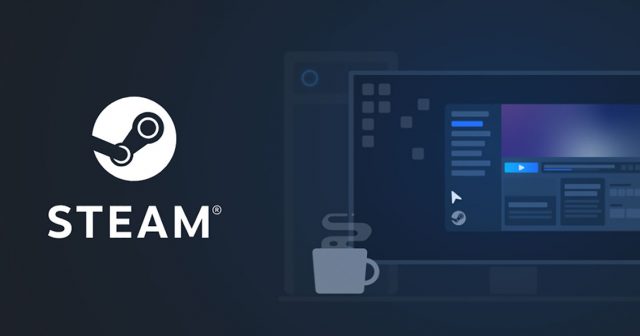 While Microsoft’s commission reduction move is very similar to the positive revenue distribution Epic Games offers to PC game developers, it can also lead to heavy criticism of Valve’s revenue model for Steam. Valve is cutting 30 percent from sales in the Steam store; these sales When it reaches 10 million dollars, the deduction rate is 25 percent and The deduction rate for every sale after $ 50 million is 20 percent is falling. Despite getting more commissions on Steam, this platform dominates the market in terms of the game development community compared to its competitors. However, according to a recent survey by a community of game industry experts; most game development studios, thinks Steam doesn’t deserve a 30 percent commission. Perhaps a possible developer migration from Steam to other stores may bring about changes in Valve’s revenue distribution policy.

Competing with Steam is still a major challenge today. Both Microsoft and Epic Games have tried various ways to attract game developers to their side, but we cannot say that these initiatives have been very successful against Steam. The two biggest mistakes Microsoft made as part of its fight for the Windows Store; in the past Forcing game developers to use UWP and Impracticality of the Windows Store app. The company started supporting traditional win32 games in its store a few years ago, but this change alone was not enough to compete with Steam. As a second step, the low commission rate of 12 percent can encourage more developers to publish games on Microsoft’s store, if, of course, the bad experience of the store app for users is improved.

According to the development a few days ago, the Windows Store application will be completely renewed. If your main goal is plain and useful is stated to be bringing an interface to the new Windows store application.

Beyond the store, Microsoft’s tools for PC gaming are also significantly needs improvement. Xbox Game Bar has been a welcome development, but services and technical software for games, such as Discord, are much more popular than Microsoft’s alternatives. In addition, while the problem of cheating in PC games is growing like an avalanche, Windows as the operating system does not have some competencies to protect games.

President of Microsoft Xbox Game Studios, who made a general statement on these issues Matt Booty, “We know we still have a lot of work to do, but with the investments we have made based on feedback from both PC gamers and PC game developers, for the gaming community we think we’re headed in the right direction. Microsoft will share information about PC plans and general Windows improvements in the coming months. I would like to say that our work across the entire PC ecosystem has the potential to drive the industry forward, bringing great games to more players around the world. ” said. Together, we will see the breakthroughs Microsoft will make in the later stages of 2021. Do not forget to share your thoughts in the comments.