If you frequently check for updates in Windows 11 or Windows 10, you may have noticed outdated drivers or even invalid drivers in the optional updates section. In the past few years, users have encountered driver updates that date back to ancient times and are listed as “INTEL – System”.

Most of these drivers are available in the Optional Updates panel of Windows 11 and Windows 10. In a new blog post, Microsoft explained why and how these drivers were reinstated in Windows.

There are mainly three different types of driver versions: drivers released by Windows/Microsoft, proprietary drivers developed by companies such as Intel and NVIDIA, and PC manufacturers (OEMs).

According to Microsoft, the dates on all Windows drivers have been set to June 21, 2006 to reduce compatibility issues. Windows Update ranks drivers based on a variety of factors, including date. For example, a driver in Microsoft’s driver library is considered the best option if it matches the hardware ID of the device perfectly, and users can download them. 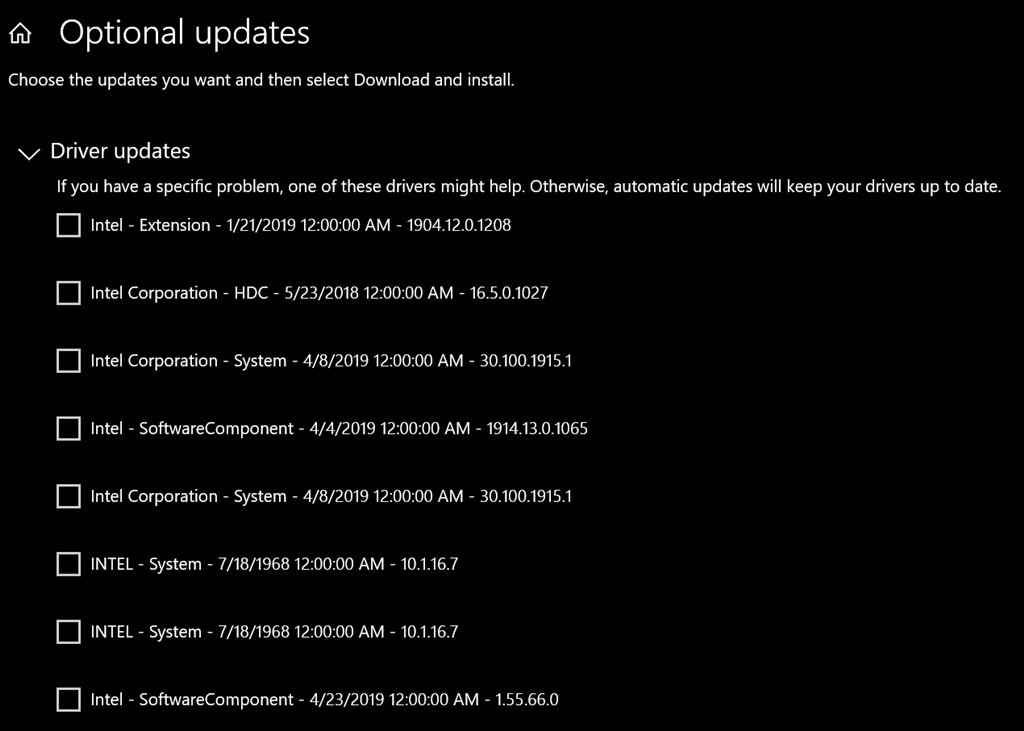 On the other hand, if there is more than one driver matching the hardware ID, a driver with the latest date is automatically selected. In this case too, if there is a link between multiple drivers, Microsoft looks for the highest file version number that matches the build release date.

Microsoft rolls back Windows drivers, allowing manufacturer drivers to take precedence over the driver provided by Windows. In another document, the company said that Intel drivers were rolled back to 1968 (the year Intel was founded) for the same reason. In a deleted blog post, Intel wrote:

“ This is necessary because it’s a supporting utility that shouldn’t overwrite other drives. No Chipset Firmware update required, don’t worry if you don’t have the latest version.“