Take a look at the Meizu 16s’ AnTuTu score, which is currently under development.

Meizu’s new flagship smartphone Meizu 16s, once again one of the ever-growing Chinese manufacturers, has once again revealed the AnTuTu score. The score, shared by Hong Hansheng, a system engineer in Meizu, is about 5% better than the previous AnTuTu leak of Meizu 16s. 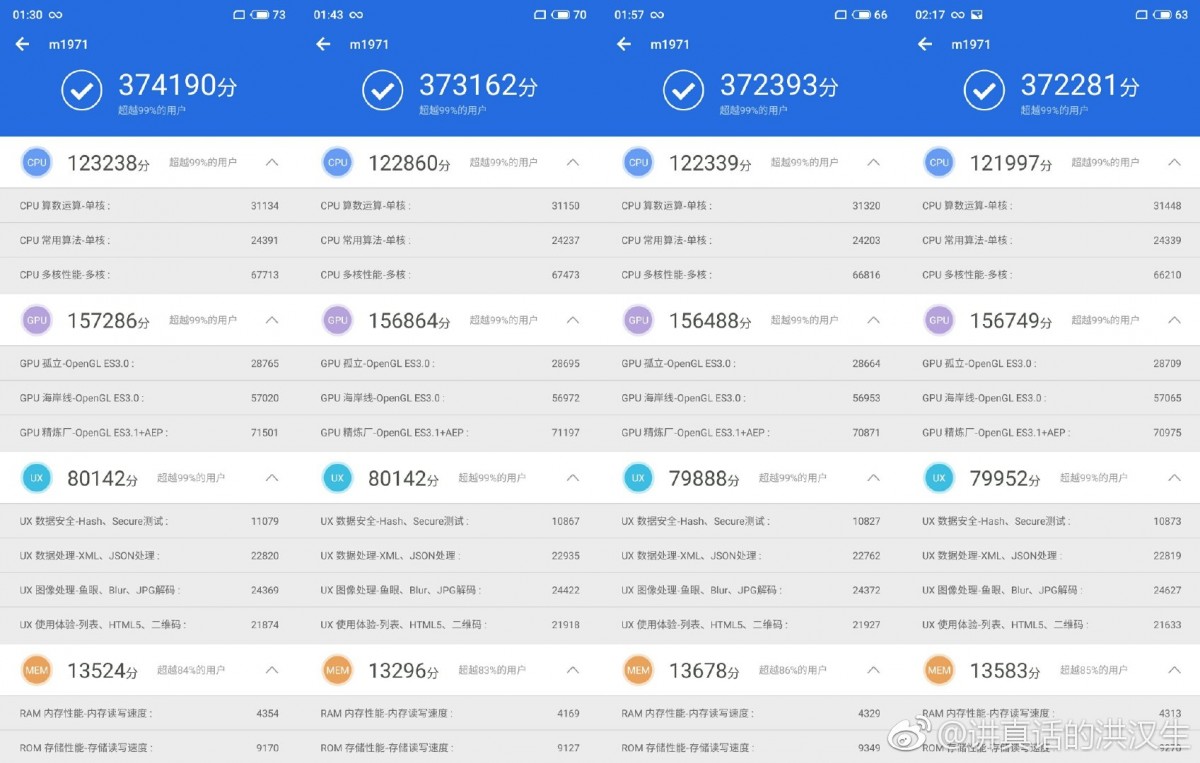 The rise of Meizu 16s’ AnTuTu score is still an indication that the company is still working on software optimizations. Therefore, we can say that the shared score may not be the peak performance of Meziu 16s. Despite this, the score shows that Snapdragon 855, Kirin 980, and Exynos 9820 have outperformed many of its competitors.

Meizu 16s is expected to have a similar design with Meizu 16. However, according to the leaked information, the device’s aspect ratio will be 18.6: 9 instead of 18: 9. This says that some minor changes can take place even if the design language remains the same. The device is expected to have a screen size of 6 to 6.2 inches.