It was stated that 2 of the 7 planets that were discovered in the past year, which are said to be Earth-sized, could possibly survive.

NASA announced that it had discovered seven planets in the orbit of the Trappist-1 star outside the Solar System. Scientists who closely examine these planets have modeled the complex structure of the planets in the Trappist-1 star system. Scientists who study whether there are heat and water in each of them are the result of 6 of 7 planets modeled as ice or liquid water. 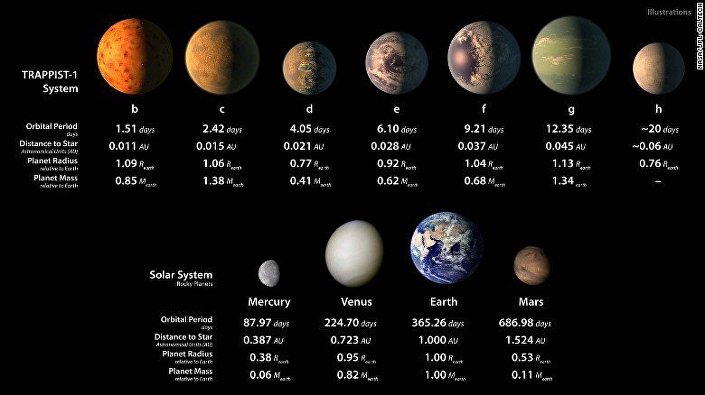 The researchers wanted to model the orbits of these planets, but a detailed model could not be made because the orbits were egg-shaped. As a result, 2 of these 7 planets could be described as live conditions can be made.