Although OLED televisions have many advantages over LCD-LED panels, one of the areas where they cannot compete is brightness. However, LG Display says it has solved this problem with its next-generation OLED EX technology, increasing the brightness by up to 30 percent compared to traditional OLED displays.

OLED EX, short for “Evolution” and “eXperience”, will be a panel where each pixel emits light independently without requiring a separate backlight, delivering true blacks and faster refresh rates. The biggest problem with OLEDs is that they currently achieve peak brightnesses of around 500-600 nits. This is lower than the brightness levels that many non-OLED high-end televisions can achieve. LG Display, on the other hand, seems to have solved this problem by converting the hydrogen elementollarserine found in organic light-emitting elemendollarser. 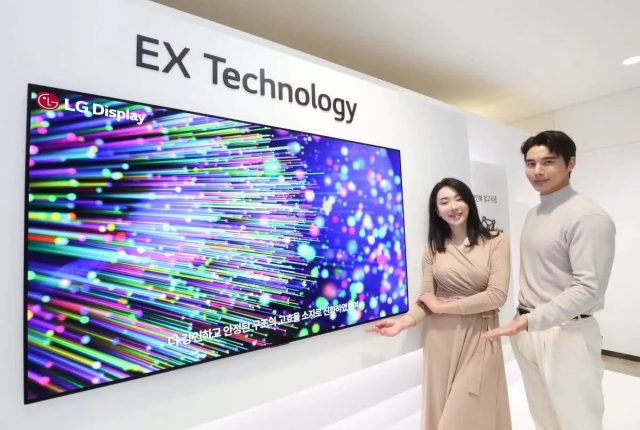 LG Display adds that OLED EX also brings improved color accuracy. Customized algorithms are used to estimate the use of 33 million OLED diodes in an 8K display. Thus, the energy input of the screen is precisely controlled to more accurately present the details and colors of the video content being played.

On the other hand, it was emphasized that the frame thickness of 65-inch OLED screens can be reduced from the original 6 mm to 4 mm with this technology. LG Display said it has sold more than 10 million OLED TVs in the last two years, with the global TV market still seeing a 70% growth in OLED sales despite a 12% decline this year. OLED EX technology will be integrated into all OLED TV panels from the second half of 2022.