Samsung is gearing up to launch its next-generation kadollarsable smartphones, the Galaxy Z Fold 3 and Galaxy Z Flip 3, early next month. Before the launch, we read several leaks and rumors revealing the designs, features and more of the smartphones. A remarkable innovation among these leaks is that the Galaxy Z Fold 3 will have S Pen support. New images leaked for the device confirm that the device will indeed offer S Pen support.

As can be seen in the photos below, the official case of the Galaxy Z Fold 3 will have a special slot for the S Pen. It is placed behind the hinge section of the device and appears to be made of a hard material with a smooth surface for easier access. The images also reveal that the front of the case will have a flap to protect the outer screen of the Galaxy Z Fold 3 and cutouts on the right edge for the buttons. In addition, cutouts for the headphones, ports, microphones and rear camera module are also included in the case. 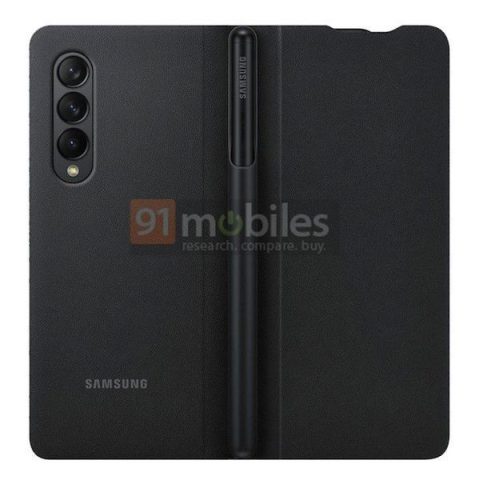 The new images that have emerged do not offer more information about the device. However, previous leaks had suggested that the device will feature premium hardware, including Qualcomm’s flagship Snapdragon 888 SoC. Other than that, the information said that it would also have an in-screen camera sensor and S Pen Pro support.

Finally, let us remind you that Samsung will introduce the Galaxy Z Fold 3 at the Galaxy Unpacked event on August 11th.