The codes of the last update of Youtube contain the codes that provide “night mode” and “hidden mode”!

The companies that will develop the application in general will announce the features that will come to the application. But this time we are in a different situation. When 9to5 Google looked at codes in version 13.0 of Youtube, it found codes for two features that might come in the future. One of them is the Night Mode or “Dark Theme” expected by many users, and the other is “Secret Mode” which no one expects. 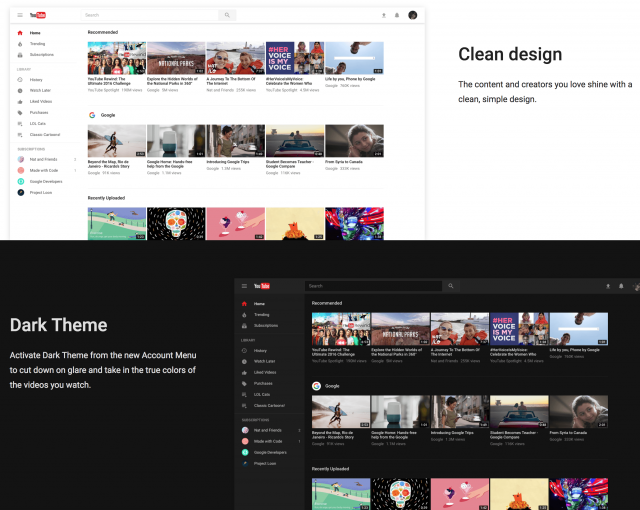 Dark Theme is already a feature that has the desktop version of Youtube. So it was expected to implement in the near future. However, we did not see any official explanation by Google. The other is “Secret Mode”, a feature that Chrome users are aware of. The ability to access Chrome normally in both the mobile app and the Desktop version actually makes it untraceable to you.

Normally, “Secret Mode”, which provides features such as history hiding and cookie collection, is not known exactly what YouTube will provide for its mobile app. It does not mean that the next update will come out because these features are already in the codes. In fact, there may not even be a chance. Nevertheless, let’s say that we have acquired the first concrete information in terms of the “Dark Theme” being put into practice. What are you thinking?