In the last three months of 2017, Apple managed to earn a total of $ 61 billion in revenue, with more revenue coming from all of its competitors.

It’s no surprise that Apple is the most revenue-generating company among smartphone makers. But according to Strategy Analytics, there is more than that. In the last quarter of 2017, Apple succeeded in generating more revenue than the sum of all Android smartphone makers. The income gap is so great that Apple succeeded in earning three times more than Samsung, the biggest competitor, and seven times more than Huawei. 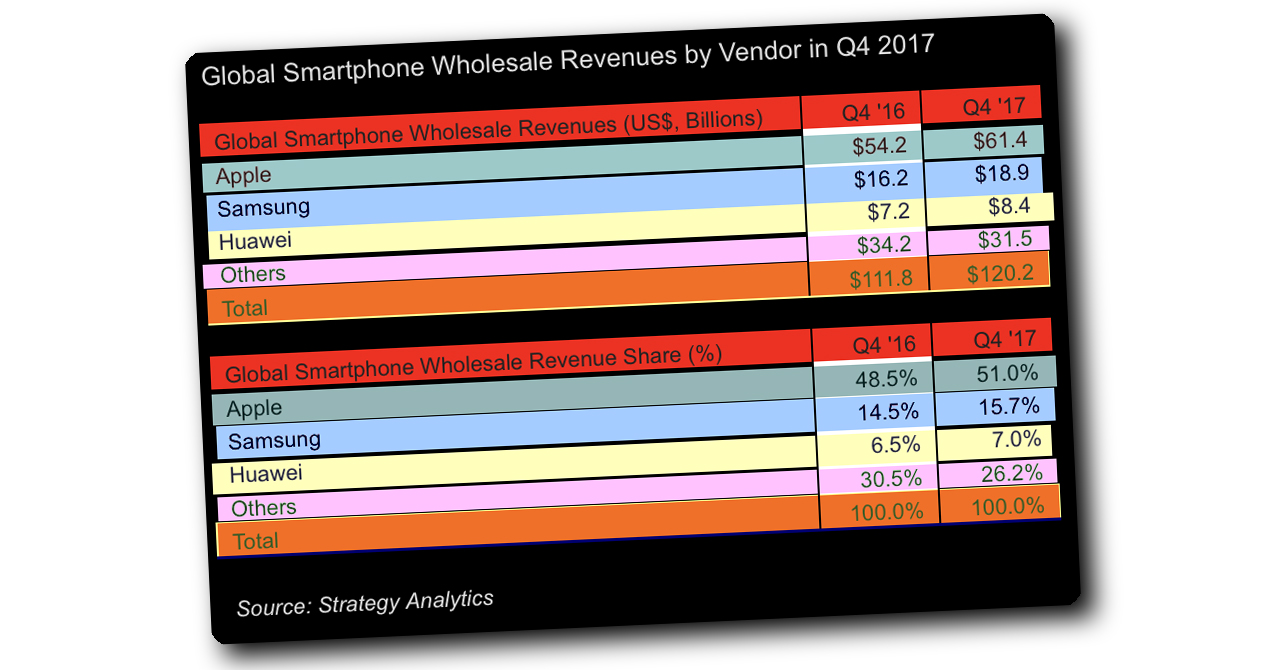