A person claiming to be a Rockstar Games employee made important statements about GTA 6, which we believe is upcoming, on the anonymous sharing platform called 4chan.

There has been perhaps the most exciting development to date regarding Grand Theft Auto 6 (GTA 6), which has not had the slightest development for a long time. The statement made by a person claiming to be a Rockstar Games employee on the anonymous sharing platform called 4chan reveals that the game has been ready for a long time and that there is very little time left to be announced.

According to the claim that is widely spoken on global platforms such as Reddit after being shared on 4chan, Rockstar Games started its work on GTA 6 long ago. In fact, the company’s game Red Dead Redemption 2, which was released in recent years, did not affect the development process of GTA 6 in any way. So Rockstar Games was working for Red Dead Redemption 2 on the one hand and developing GTA 6 on the other hand.

GTA 6 has been under development for almost 10 years 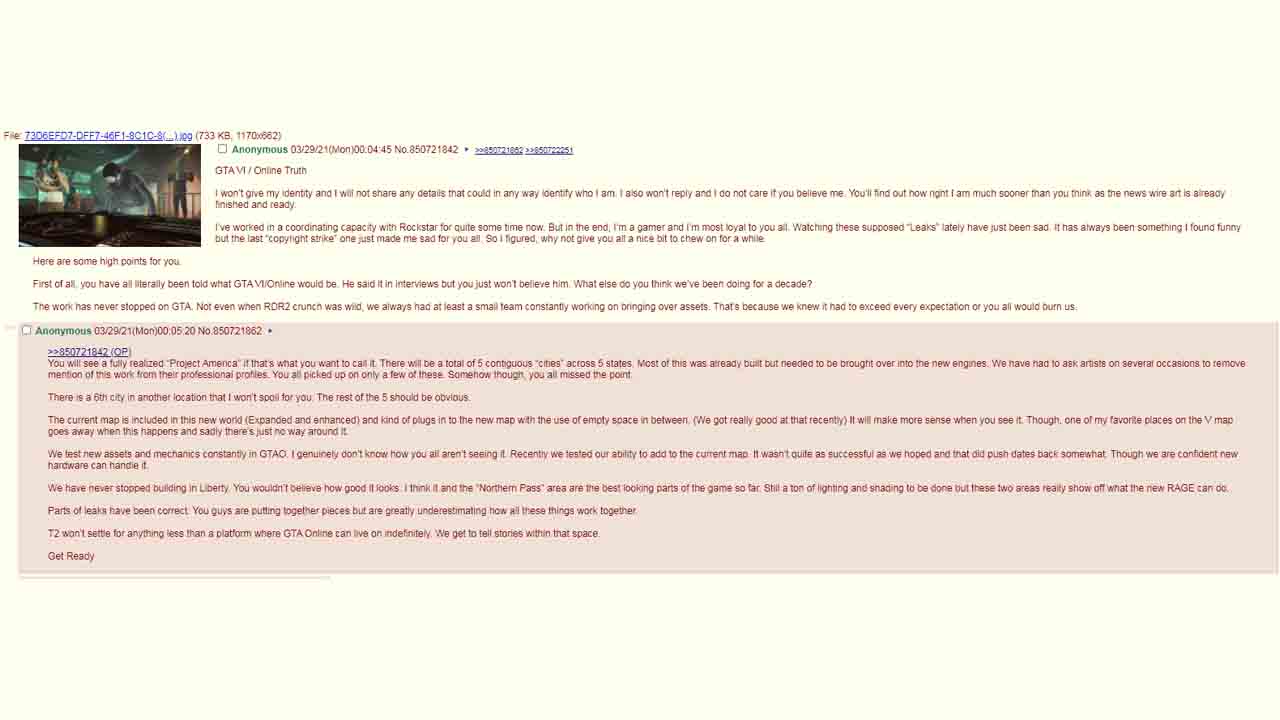 In many of the GTA 6 claims we have shared with you so far, we have mentioned that the game is in development and is still under development. However, the person claiming to be a Rockstar Games employee dismisses these allegations. According to the post in question, the company started its work on GTA 6 almost 10 years ago. The post owner underlines that all the details of the game are complete and ready to be announced.

The latest post, which generally contradicts the claims we have shared with you, excited GTA 6 fans. Although the company has not made an official statement on the subject so far, the slightest move that may come after this sharing can shake the video game world.