Intel reported this week that the single compute unit developed for the company’s 14th generation Meteor Lake CPUs is working successfully. The company completed its first 7nm Compute Tile in March. This marks another milestone in Intel’s development process for its next-generation x86 architecture.

Meteor Lake represents Intel’s 14th generation Core processors that are expected to launch in 2023. The chips will use a brand new manufacturing technology with the Intel 4 (7nm) process. The company’s first tesdollar series is said to be successful and ahead of current production plans.

“ We completed our computation unit for Meteor Lake on Intel 4, it came out of the factory this quarter and powered up right where we expected it, with exceptional performance in 30 minutes. All in all, one of the best pioneering product initiatives to show that the process is running smoothly.” 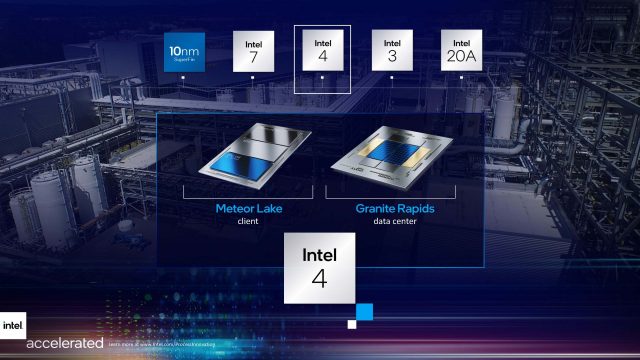 Intel says the chip performs in line with its expectations for this stage of the CPU development cycle. At this point, no one expects silicon to deliver breakthrough performance or be 100% stable. The blue team will continue to develop different units of Meteor Lake over time.

Meteor Lake will be the first series of desktop processors to adopt a multi-tile design with Intel’s Foveros packedollarseme technology. The new chips are expected to feature a high number of Ocean Cove cores and an energy efficient Gracemont core. However, it is said to use an integrated GPU with up to 192 Execution Units (EU). The chip will also include a memory controller, PCIe controller, and a Thunderbolt controller.

Intel says Meteor Lake designs will scale from 5W to 125W. This shows that the processors can be used in many areas such as tabledollarser, laptops and desktop computers.

It is also among the information that 14th generation processors will use the LGA 1700 or LGA 1800 socket. However, we do not expect it to be compatible with motherboards prepared for the 12th generation Alder Lake platform.