As we mentioned earlier, DG2 GPUs with Xe-HPG architecture are not only focused on gaming, but will also be used by the Arctic Sound-M series developed for the data center. Along with its new Arc GPUs, Intel has started to offer AV1 video codec support, which is currently not available on any AMD and NVIDIA consumer GPU. The AV1 is slowly becoming standard and popular. On the other hand, currently most modern GPUs can decode AV1 video (except AMD Navi 24 GPU).

Arctic Sound-M is powered by an Intel DG2 (ACM-G11) GPU with 128 Execution Units. The new graphics card communicates over the PCIe Gen4 x16 interface and has a single-slot design. It also comes with passive cooling and a single 8-pin EPS power connector.

Intel announced at the 2022 Investor Meeting that the Arctic Sound-M is primarily designed for video transcoding. The company describes it as a “Media Supercomputer”. Arctic Sound-M supports up to eight simultaneous 4K streams or thirty 1080p video streams. 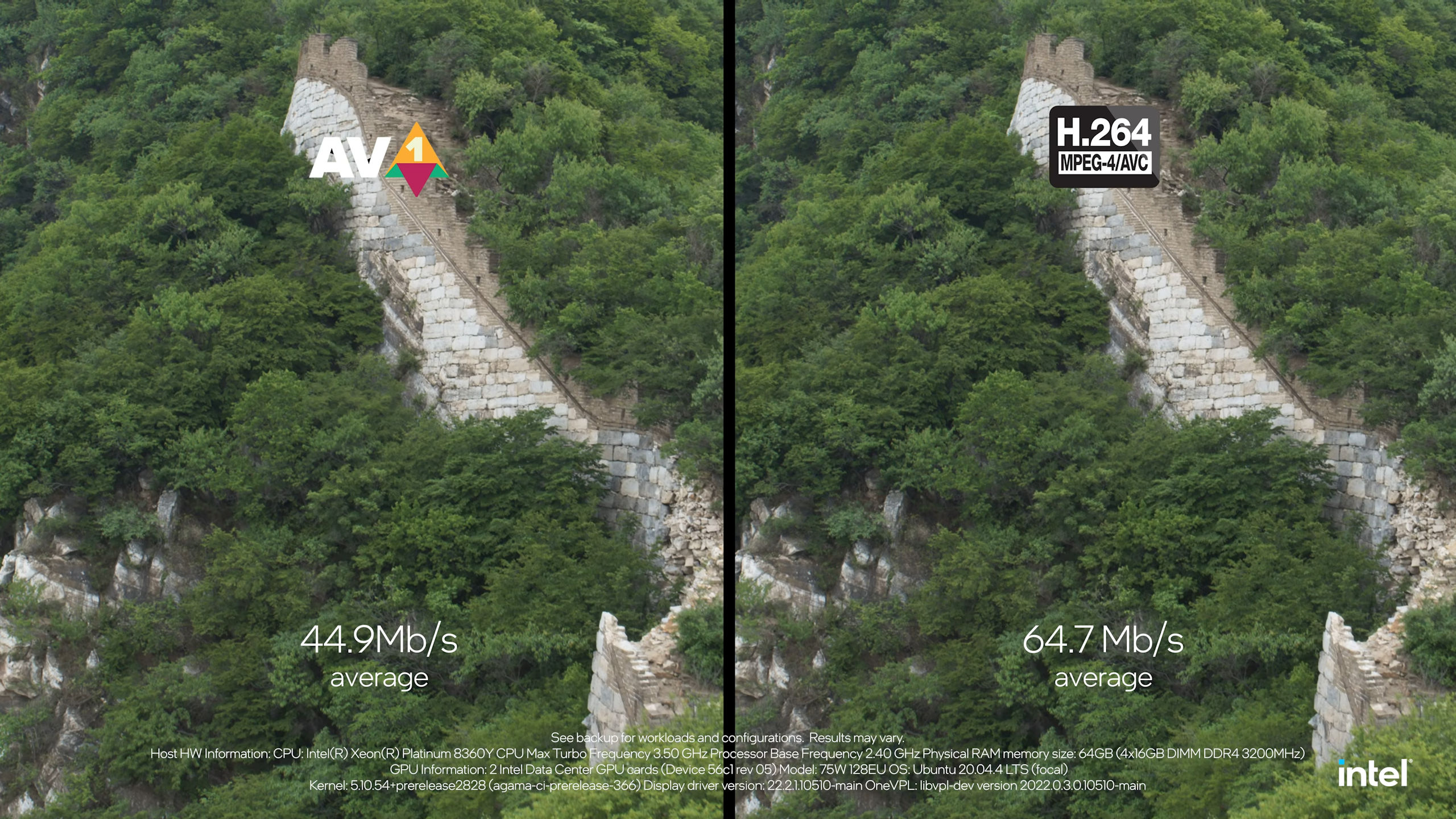 The technology giant has also released a video promoting its AV1 encoding solution. Here is a comparison with the AVC (H.264) codec. In the presentation we see that with similar video quality, the required bitrate is significantly reduced with up to 30% savings.

With the growing popularity of the AV1 codec solution, a royalty-free alternative to AVC/HEVC, Intel can gain an edge over its competitors by offering transcoding solutions for data centers. Some video streaming services such as Netflix had begun to offer support for the series AV1.