With the introduction of Intel 12th generation Alder Lake processors, the top-of-the-line Z690 series motherboards began to appear on the market first. We don’t expect the entry and mid-range 600 series chip sedollars to debut until next year. Now a product label has appeared referring to the ASUS PRIME B660-PLUS D4 motherboard. 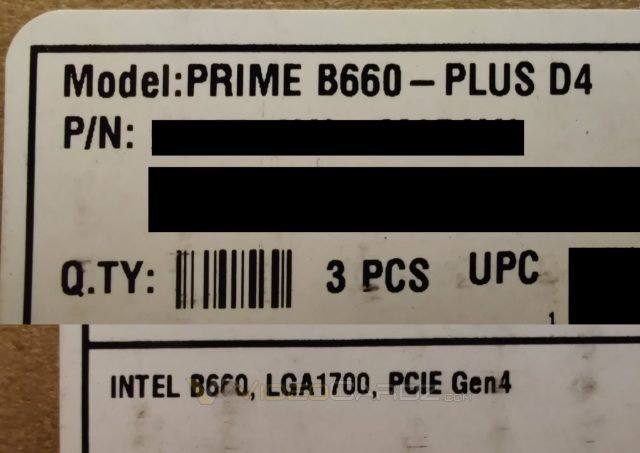 According to the source, ASUS shipped a Z690 motherboard to the wrong box, possibly unintentionally revealing important information about the mid-range Intel 600 series chipset. It seems that this motherboard lacks PCI Express 5 support. However, let us remind you again that the 12th Gen 5 stripedollar series is connected to the CPU, not the chipset.

On the other hand, the B660 chipset appeals to the middle class and those who want to switch to the LGA1700 platform by purchasing a processor other than the “K/KF” series with minimal expenditure. Those who want to make a minimum payment by buying natural will not turn to PCIe 5.0 GPUs and SSDs. 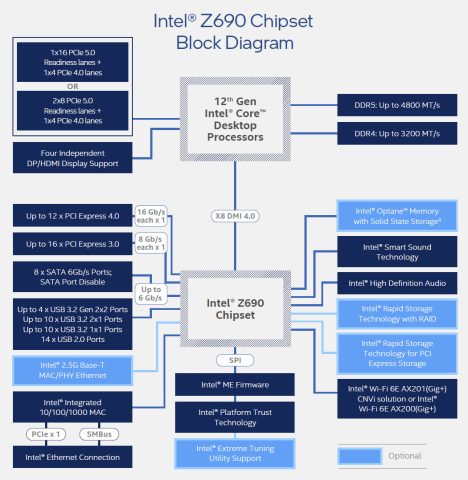 Intel is still preparing to launch a higher-end H670 chipset, including support for Gen5. However, we can say that intermediate/entry segment segments such as the B660 and H610 can rely on the serial Gen 4 standard. In terms of memory compatibility, it is currently unclear whether all B660 motherboards will rely on the DDR4 standard. The motherboard on the resulting label will come with DDR4 support, and we can see the entire B660 chip sedollar series with DDR4.