If you remember, at the beginning of October, some render images of Intel’s Arc Alchemist series screen cards were shared. Now, images of high-end and entry-level Xe-HPG GPU-based models have leaked. The images of the high-end graphics card are largely similar to the render images that came before.

The graphics card, which has a dual-fan design, probably carries up to 32 Xe cores and will focus on high-end performance. Reflective silver colors and Intel logos are more prominent in the new images, while two 9 canadollar fans stand out. There has been a big change in PCB since the last time we saw it at the prototype stage. In the final design, the PCB size is shortened and its color appears black.

The power connectors are now on the sides rather than the back of the board, and the high-end variant uses an 8+6 pin configuration for a maximum power draw of 300W. The second fan is mostly blowing air from the aluminum heatsink as it extends beyond the PCB. There is probably a plate on the back of the card, but it is not reflected in the images. 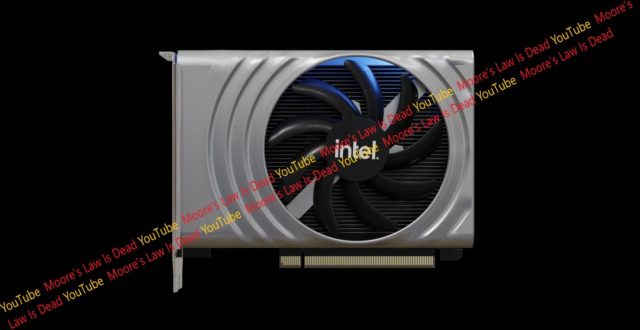 The entry-level Alchemist card, which is expected with only 8 Xe cores, is very similar to the Xe-LP SDV model produced specifically for developers. The lower-end card is said to come in a compact design with a dual-slot form factor, while requiring a single 6-pin connector for its power requirements.

There are 3 DisplayPort and 1 HDMI connections on the backplate. The source of the leak also says that third-party partners are desperate to lower the cost of the expensive GeForce GTX 16 series, and supply issues are exacerbating the price speculation. In this regard, an entry-level Arc Alchemist card can offer a good price for the low-end desktop GPU segment.