Samsung was caught getting a certificate to add an even more affordable phone to the A10 series, known as the budget-friendly.

Trying to appeal to many people in the smartphone industry, Samsung was targeting its users who wanted to buy a cheaper phone with their budget-friendly phones in the A series. The latest information is to add a more affordable phone line to this series. 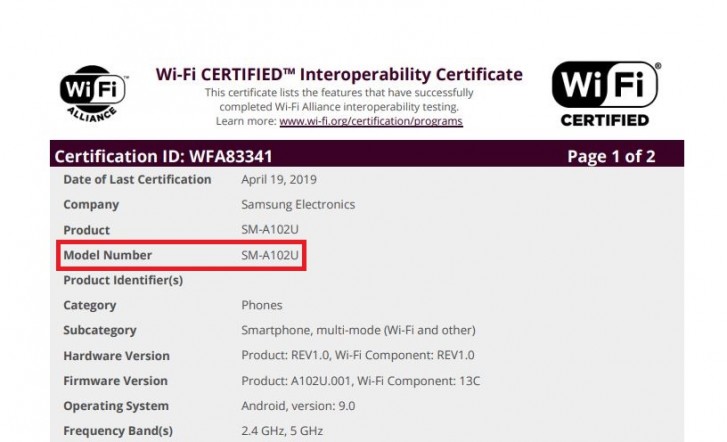 The Wi-Fi certificate is called SM-A102U and is filed under the Samsung Electronics brand. It is quite possible that the phone is replaced by Samsung Galaxy A10e.

The standard Samsung Galaxy A10 features a 6.2-inch HD + IPS display. It is also worth noting that there is no fingerprint reader on the device that has a camera with 5 MP in front and a 13 MP camera in the back. Finally, the device with 3.400 mAh battery comes with a 3.5 mm jack.