Intel, with its social media posts, said that the 12th Gen Alder Lake processors have already begun to settle at the top of the “Best processors” list. Also sharing a HWINFO screenshot in the shares, Intel made the “next stop” hint, referring to an uncertain processor reaching 5.5 GHz.

It was previously known that the i9-12900KS can go up to 5.2 GHz. We also obtained this from the leaked information. But now VideoCardz claims that the processor Intel is referring to is the i9-12900K. 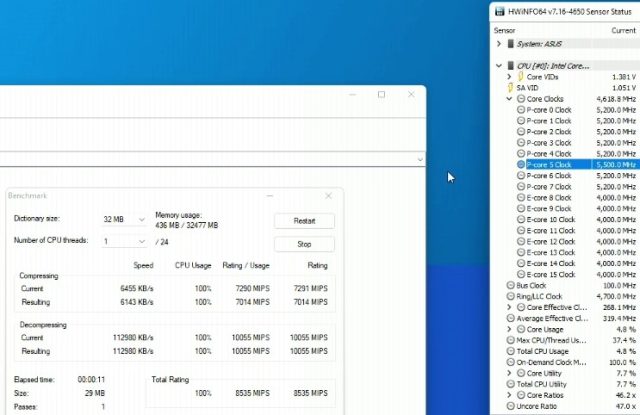 Intel is now increasing the frequency levels to take the lead in single core performance and not lose it. The core performance (P-core) of the new 12900KS model, which can go up to 5.5 GHz, is the fastest Alder Lake-S series processor against the Ryzen 6000 series that comes with 3D V-Cache.

Still, it is worth waiting for the i9-12900KS model to be released right away, and may be released towards the end of the first quarter of 2022.