About a year ago, with the same name Ryzen 9 5950X, it achieved a score of 15,664 points in the Cinebench R20 test. This record still maintains its current status as the highest record in the AMD family.

It is surprising that both processors score exactly the same. As you know, Intel’s 12900K is based on a hybrid core layout with a mix of large cores and small cores. The red team’s 16-core processor, on the other hand, contains only large cores with a monolithic design. On top of that, the 12900K runs DDR5 memory instead of DDR4, which further differentiates the two platforms. 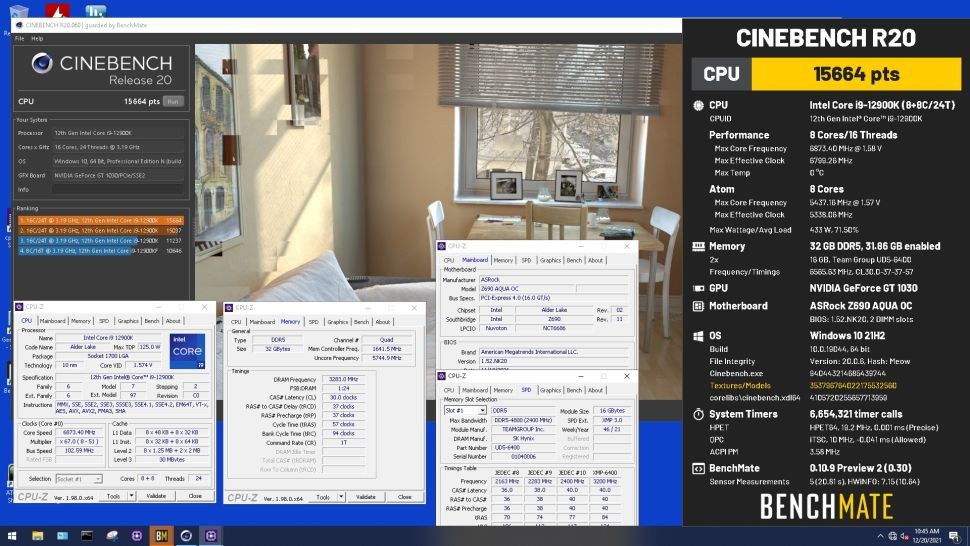 The world record, as always, was achieved with liquid nitrogen cooling on both platforms. Core i9-12900K’s main performance cores ran at 6.9 GHz at a core voltage of 1.58V. Small efficiency cores were also overclocked, but with a voltage of 1.57V, a frequency speed of 5.4 GHz was seen. Let’s also add that 16 GB TeamGroup DDR5 RAM running at 6565 MHz with CL30-37-37-57 timings is used.