In his opening speech at the 46th session of the Human Rights Council, UN High Commissioner for Human Rights Michelle Bachelet drew attention to the human rights violations experienced during the coronavirus epidemic process and the steps that administrations should take against it.

Stating that the negative effects of the epidemic on the economy, freedoms and societies have begun to be felt, Bachelet emphasized that poverty has increased significantly, inequalities have increased, women’s rights are violated, and the educational opportunities of children and young people are limited.

“The epidemic unmasked the deadly facts caused by discrimination”

Bachelet said, “The epidemic has unmasked the deadly realities of discrimination. The ongoing insufficient financial support for fundamental rights and services and the deepening inequalities have been largely ignored by most politicians. It has shown how seriously the neglect of human rights endangers societies. However, the epidemic also showed us why human rights-based approaches have a protective value. ”

Emphasis on making the people resilient in combating the epidemic

Stating that action should be taken against the problems caused by the epidemic, which marked the last year negatively in all respects, Bachelet said, “In order to combat the epidemic, we need to understand and repair the fractures that weaken the resistance of our societies.”

Bachelet pointed out that states should create new systems focused on fundamental problems and underlined that the priority of new systems is to strengthen the protection of health and social rights.

“All kinds of discrimination must be eliminated”

Bachelet said, “High-cost, humiliating, unprincipled and completely counterproductive systems and stereotypes cause injustice as well as harm to human health. These structures, especially women, religious and ethnic minorities, as well as people in the caste system and many other It prevents many individuals from fully enjoying their rights and contributing to societies. Therefore, all forms of discrimination should be eliminated.

Bachelet pointed out that the new system to be created by states should be based on the realities of societies and that it is important to allow each individual to contribute to the formation of this new structure. 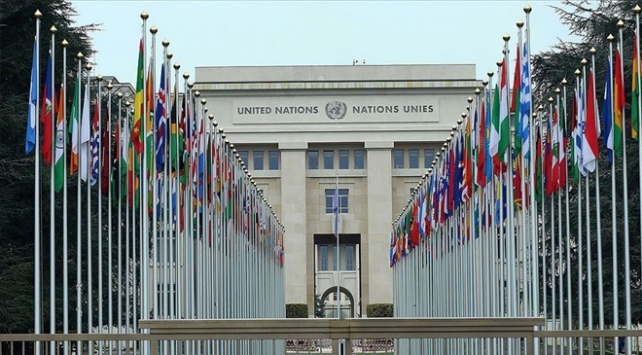 “Cooperation between the UN and member countries is important”

Stating that the cooperation between the UN and the member states is important, Bachelet pointed out that the way to end the epidemic is not to use force or silence critics, and that such extreme approaches will limit the public’s contribution to the decision-making process, which is the basis of sound policy making.

“Human rights principles should be applied based on public trust”

“What will end this pandemic and accelerate a lasting, resilient recovery is the effective application of human rights principles based on public trust”
Bachelet said that it is important for governments to build trust, free press, effective use of democratic institutions and meaningful participation of the people in the political process.

Referring to the work carried out by the UN High Commissioner for Human Rights (OHCHR) last year, Bachelet explained that issues such as equality, youth rights and creating more participatory civil organizations are at the center of their activities, especially in the work done with member countries.