Let’s leave it alone with .

With a weight of 485 grams and a thickness of 7.25 millimeters, the Huawei MatePad 11 is similar to the previous models of the series in terms of design. If we talk about the details of the design of the device, there is a camera and flash module on the back of the tablet, as well as the Huawei logo. On the side of the device, besides the volume keys, there is also a power button, while on the bottom there is a USB-C port and a speaker grill. We can safely say that the tablet, which managed to stand out with its stylish design in general, is quite thin compared to a tablet with a thickness of 7.25 millimeters. 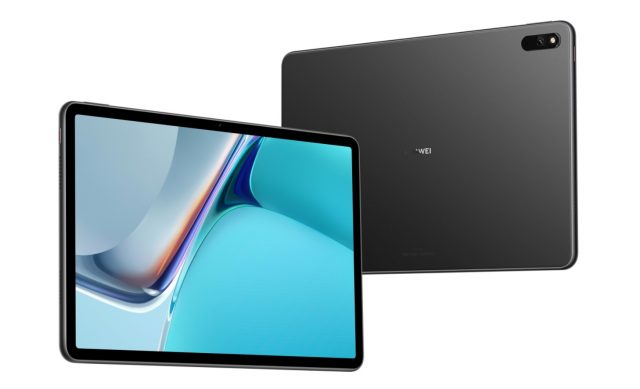 Home to a 10.95-inch IPS LCD screen, Huawei MatePad 11 also makes a name for itself with its 120Hz screen. Thanks to this display, Huawei’s next-generation tablet offers exceptionally fluid visuals and better response speed than ever before. In addition, the tablet equipped with Huawei M-Pencil (2nd generation) offers consumers smarter and more natural interactive handwriting experiences as it is highly responsive to pen gestures with an input lag as low as 2ms, along with its impressive 120Hz tablet display.

With the new Huwaei MatePad 11 supporting the DCI-P3 color gamut, both images and videos look extremely vibrant on the screen. In addition, the tablet, which also has TÜV Rheinland Low Blue Light (Hardware Solution) and TÜV Rheinland Flicker Free certificates, aims to protect the eye health of consumers during long use.

At the same time, if we look at the technical specifications of this IPS LCD screen, values ​​such as 2560 x 1600 pixel resolution, 275 ppi pixel density, 1500:1 high contrast ratio meet us. If we make a general evaluation, we can say that the MatePad 11 is quite ambitious in terms of screen features. Especially during daily use, it promises a very high quality experience compared to the models in this screen class.

On the processor side, MatePad 11, which hosts the Snapdragon 865 processor, which we are familiar with from last year’s flagship phones, can be purchased in our country with 6 GB RAM and 128 GB internal memory option. In addition, there is microSD card support for users who find the device’s 128 GB memory insufficient.

If we evaluate the MatePad 11 in terms of performance, the tablet in question promises a very smooth and fast user experience with the help of the HarmonyOS operating system. Especially during daily use, you can run three applications with the tablet at the same time, without any stuttering or freezing problems.

Speaking of performance, MatePad 11 is also a good enough tablet for gaming. As we mentioned in our review video, it is possible to play a game with high requirements such as PUBG Mobile fluently with Huawei’s new generation tablet.

Let’s leave all these details behind and come to the battery. 22.5 Powered by a 7. 250 mAh battery with 5W fast charging support, the tablet can browse the web for up to 12 hours and play videos for up to 12 hours. However, during heavy use and when the brightness of the device is set to 100 percent, this value drops to 5.5-6 hours.

We can confidently say that the speakers of the MatePad 11, designed and calibrated with expert sound engineers at Harman/Kardon, are extremely successful in sound.

As with every tablet, the Huawei MatePad 11 has an average camera performance. In this direction, 8 Megapixel resolution and f/2. The tablet, which has a selie camera with 0 aperture, has a 13 Megapixel selie camera on the back. The aperture of this camera is f/1. 8.

Although the MatePad 11 does not offer a high level of performance in camera, it helps you to meet your needs such as video calling with ease.

Rather than an operating system, the new MatePad model combines both tablet and laptop experience in a single device with its M-Pencil pen and magnetic keyboard. The device, which stands out especially with its functionality, is a model to be preferred for office and daily use.

In the Huawei MatePad 11 review video we have prepared, we have conveyed all the curious details of the tablet to our valuable readers. If you are looking for a tablet that you can use in daily use and work environment, MatePad 11 will be the best option for you with its price of 4,999 Dollars.