Have you ever wondered what Android flagship smartphones would look like in 2022? According to the bold estimates of the famous technology guru Ice Universe, the number of cameras behind smartphones will be up to nine in the next few years.

In the last few years, the phones, which have gained a completely different dimension in terms of design and hardware, have become a limb. Undoubtedly, the 2010s saw a big break in the design of Android-based flagship smartphones. On the other hand, the 2020s may experience a much bigger revolution in the design and features of smartphones.

Ice Universe, one of the most familiar names in the world of leakage, was the subject of our news this time with its forward-looking ambitious prediction. Sharing the concept design of a smartphone with a perforated screen and nine rear cameras from his personal Twitter account, the famous technology guru predicts that this design language will be adopted by many Android device manufacturers in 2022.

I design a concept phone, which will be released in 2022. It uses a camera matrix, 9 cameras, and the largest sensor size is 1 inch. pic.twitter.com/aWfd1PuZbd

According to the sharing of Ice Universe, the arrangement of future camera sensors will be similar to that of the Nokia 9. The size of the main camera module will be up to 1 inch. While major manufacturers are working to provide a true fullscreen experience to smartphone users, they may not give up on the notch completely in the short term. The curved screen subject varies according to the brand. For example, Samsung’s phones adopt this design language, while iPhones prefer a flat screen design.

According to estimates, in 2022, this will be the design trend on Android flagship phones. 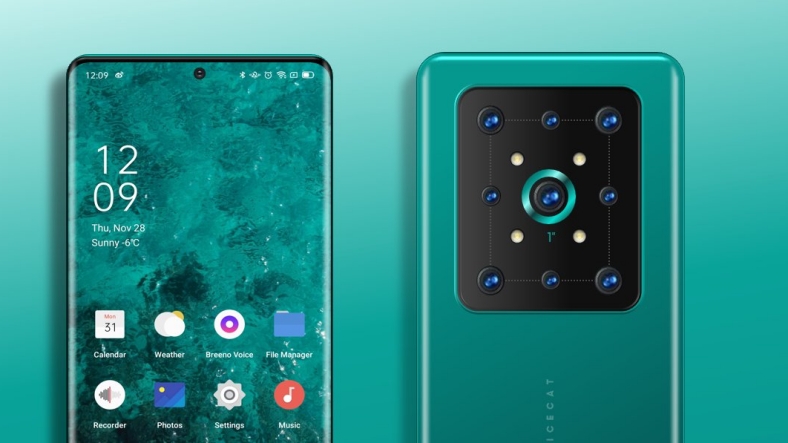 Obviously, the nine-camera concept design prepared by Ice Universe is not very pleasing to the eye. Most users don’t need multiple rear cameras anyway. Despite this, many brands are trying hard to increase the number of lenses. The end of this trend may go up to nine camera phones, such as the projection from Ice Universe. Fortunately, we won’t have to wait too long to see if this prediction will match.