It is now possible to install any Android application on the Windows 11 operating system, both inside and outside the Play Store. However, Windows still does not support these APKs by default and a third-party application has been prepared for it.

As you know, Microsoft is currently testing Windows Subsystem for Android in Dev and Beta channel. Microsoft created its own virtual machine container to make desktop Android apps feel as native as possible, and if you have access to the Amazon AppStore, the installation process is super simple.

We previously described the method of sideloading APK files on Windows 11 using the ‘adb’ command. Fortunately, installing Android APKs on Windows 11 has become much easier with the release of a new third-party app called “WSAInstall”.

This new software eliminates the need for Command Prompt/PowerShell to manually install Android apps every time. Instead, it is now sufficient to click the “Install” button in the interface.

How to Install Android APKs on Windows 11? 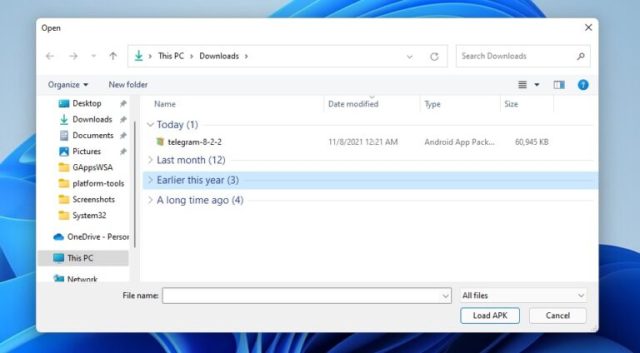 After installing Windows Subsystem for Android, download and run WSATools from Microsoft Store which makes the whole process much easier. 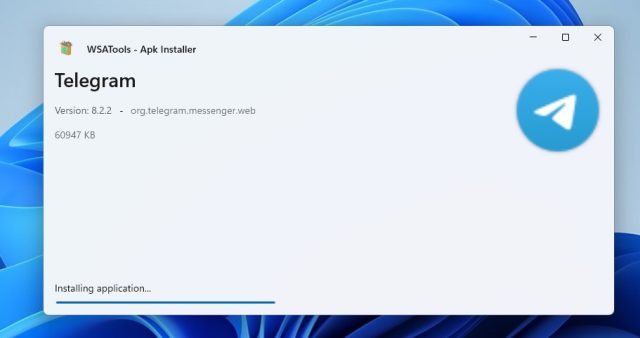 This app acts as an APK installer for the Android subsystem. Users can install it simply by manually selecting the APK and clicking the install button. Additionally, let’s mention that you need to download ADB (Android Debug Bridge) from Google’s website. 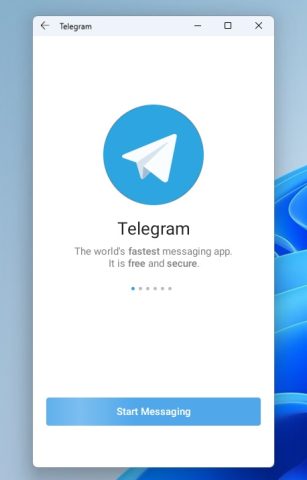