Although it was released in 2012, Counter-Strike: Global Offensive has still reached tens of thousands of instant players; Especially if you are a publisher or intend to become a publisher. For this, you may need to delete the blood effects seen during the game.

CS: GO, as we all know, is the latest game in the legendary Counter-Strike series. The game was announced on August 12, 2011. Later, it was downloadable for Playstation 3, Xbox 360, Microsoft Windows and OS X, and Linux. The game still manages to be talked about with its esports tournaments and a large player base.

CS: GO, which offers many customization options to its players, also allows in-game changes without losing its competitive mode. In this way, each player can play with their own crosshair “target indicator”, their own specific FPS settings and codes. With the CS: GO blood deletion code, you can destroy coatings such as blood on walls and floors, bomb marks, bullet holes. In this way, both your FPS will increase and you will have a more comfortable viewing angle to see your enemies.

How to use the CS: GO blood deletion code?

After opening the CS: GO game, go to Settings,
Activate the console at the bottom of the Game tab,

Again, from the Settings tab, click on UI Keys,
Press the Assign console key button (Toggle Console) from the bottom and assign a key for the console,

Turn on the console by pressing the key you assigned,

Type bind shift “r_cleardecals” into the console you opened and press Enter.
In CS: GO, these codes are assigned to a key with macro logic. If the CS: GO blood deletion code is assigned to “shift”, every time we press this key we use for slow walking, we command the game to delete such overlays, so the blood almost never appears in the game. This feature allows us not to see the blood coming out of the player we are targeting. In this way, it becomes easier for us to get a cleaner image and aim. The biggest reason sportsmen use this code is that it makes aiming and viewing easier. Below you can find the CS: GO blood deletion code and the steps you need to do to run this code.

Activate the command console (Developer Console). Thus, you will have access to the console, which is closed in the default settings. 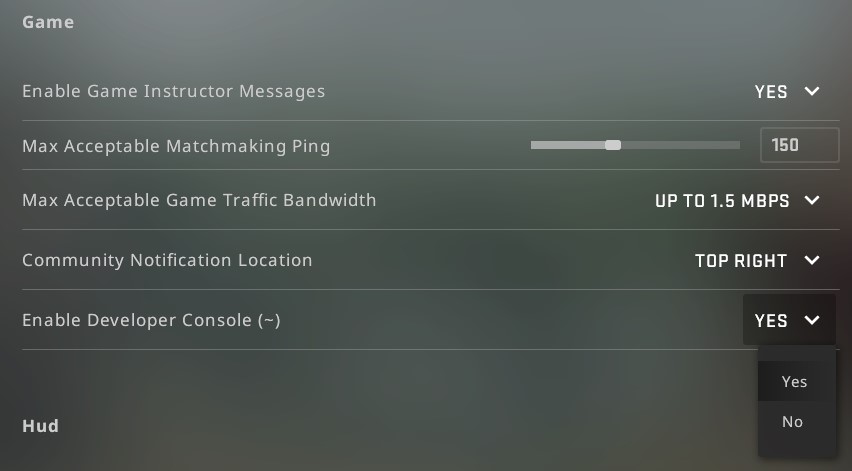 Press the Assign console key button (Toggle Console) from the bottom and assign a key for the console. This way, you will have access to the developer console and be able to write the codes.

After you open the console by pressing the key you assigned, type bind shift “r_cleardecals” and press Enter. This way, when you enter the game, you will be able to delete the surrounding skins by pressing the “shift” key. Below you can find the codes that will make your CS: GO experience better and what they do, apart from the CS: GO blood deletion code.

The codes you can use in CS: GO competitive servers:

So we have come to the end of our CS: GO blood deletion code guide. See you in our next guide articles!