Fortnite’s 10th season will end on October 13 and you still have two days to get the Scientist costume this season. Let’s take a closer look at what you have to do to get this costume.

Fortnite, which is popular among the world’s most-played Battle Royale games, manages to connect players with various costumes and quests. To open some costumes you need to perform various tasks and complete some stages. One of them is ‘The Scientist’ costume.

In order to open the Scientist costume, you must first complete the Meteoric Rise, the Meteor Shower, which is brought to you in the 10th season. In this way, the basic design of The Scientist costume becomes available. Then you have to find and collect all 6 Visitor cassettes.

Things to do to get The Scientist (White) costume: 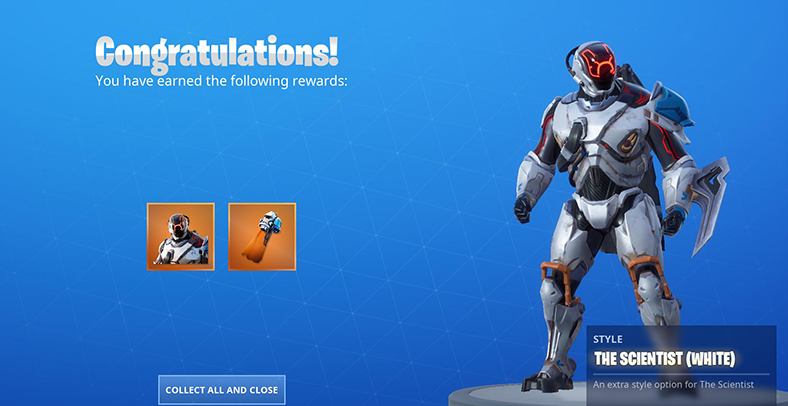 Once the Meteor Shower missions have been completed and all of the Visitor tapes have been collected, you will be on your way to Dusty Depot. On the first floor, you will find a computer terminal that can be interacted with. What you need to do here is press and hold the interaction key (E).

After interacting with the computer for a while and listening to all six tapes, The Scientist costume will automatically turn to white. Whether you beat or defeat the match in which you performed these steps, when you return to the lobby, you will be notified that you have the white The Scientist costume. Now you can continue your game with your new costume.