The increasingly popular game platform of recent years Epic Games has been running free game campaigns to attract players’ attention since 2018. The platform, which makes various games free within the scope of this weekly renewed campaign, millions of new users managed to win. Moreover, among the games made free by Epic Games, there were sometimes small productions, but sometimes heavy guns such as GTA 5.

As you guessed, Epic Games making a game free is not an easy thing. Because the company, when making any game for free agree with developers pays a certain amount for the game made for free. This payment varied depending on how many people benefited from that free game offer and the normal price of the game. Here are the documents to be submitted to the delegation for the ongoing lawsuit between Apple and Epic Games. some documents reveals how big Epic Games pays developers for these campaigns.

Here are Epic Games’ payments to developers for some games 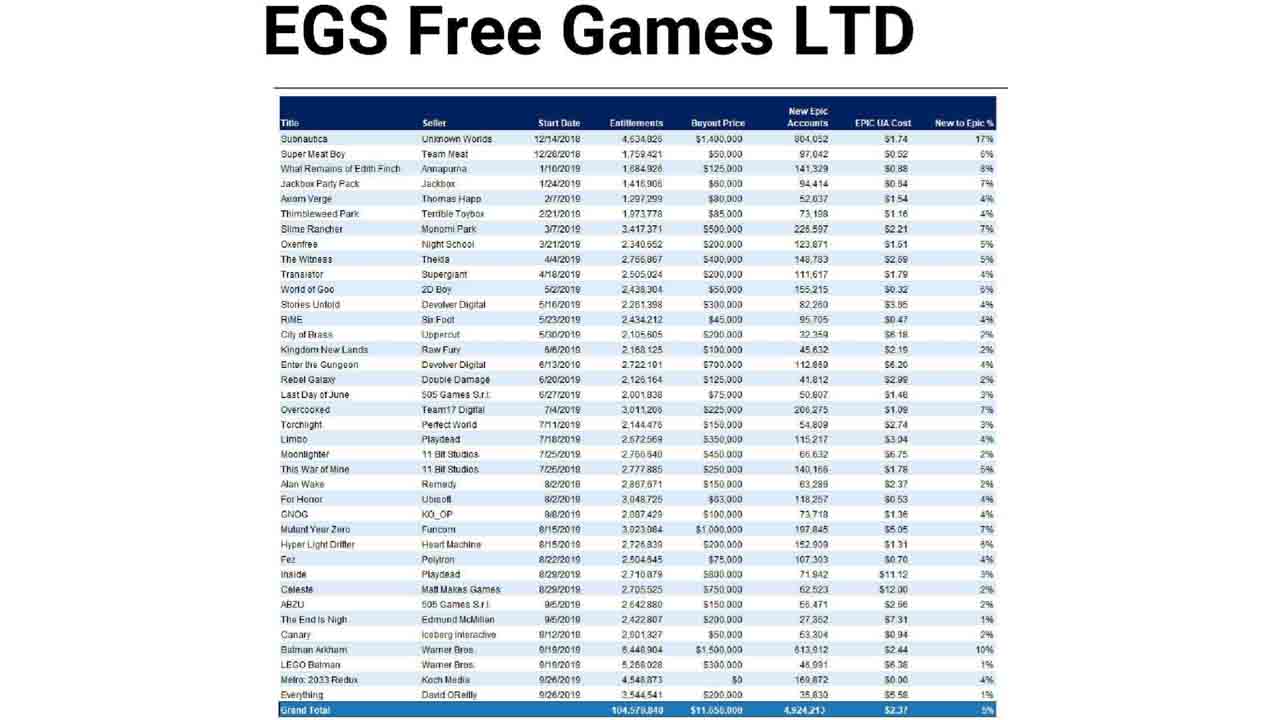 Founder of GameDiscoverCo, a company related to the video game industry Simon Carless

The image captured by reveals how much Epic Games paid developers for free games between January and September 2019. Accordingly, the company 11 million 658 thousand dollars had to pay. From these campaigns More than 104 million users benefit, Epic Games during this 9-month period Around 5 million new users won.

The statistics, which will be presented against the court in a few days, reveal which game Epic Games paid the highest price. Accordingly, the company Batman: Arkham for 1.5 million dollars. While almost 6.5 million players benefited from this campaign, Epic Games, 613 thousand 912 new users for $ 1.5 million won.

Image captured by Simon Carless is just one of Epic Games’ free game campaigns. a small section. However, the company continues to run these campaigns, not just between January and September 2019, but even today. Moreover, GTA 5, one of the most popular games in the world, was given free of charge during this period. The company will present to the court all statistics will reveal how much money Epic Games has spent so far. It is not possible to say a clear amount on this issue, but we can say that the expenditure made from the first day of the campaign until today will be many times more than the 11 million 658 thousand dollars made between January-September 2019.