One of the most famous drug lords we’ve ever known, who burned bales of money for his cold daughter and posed for a photo in front of the White House while he was being sought around the world.Netflix series called Narcos about Pablo Escobar

We got much more detailed information about . So, how accurate is the Narcos series, which has won a huge fan following?

First of all, we should point out thatPablo Escobar was a drug dealer killer.So he’s a man who shouldn’t even be an anti-hero. However, it is undoubtedly interesting that he has established such a large criminal empire in the recent past.Pablo Escobar Let’s examine how true what is told in the series, in line with the interviews of DEA agents, who are also the consultants of the Narcos series, about which we learned almost everything we know.

Who is Pablo Escobar? 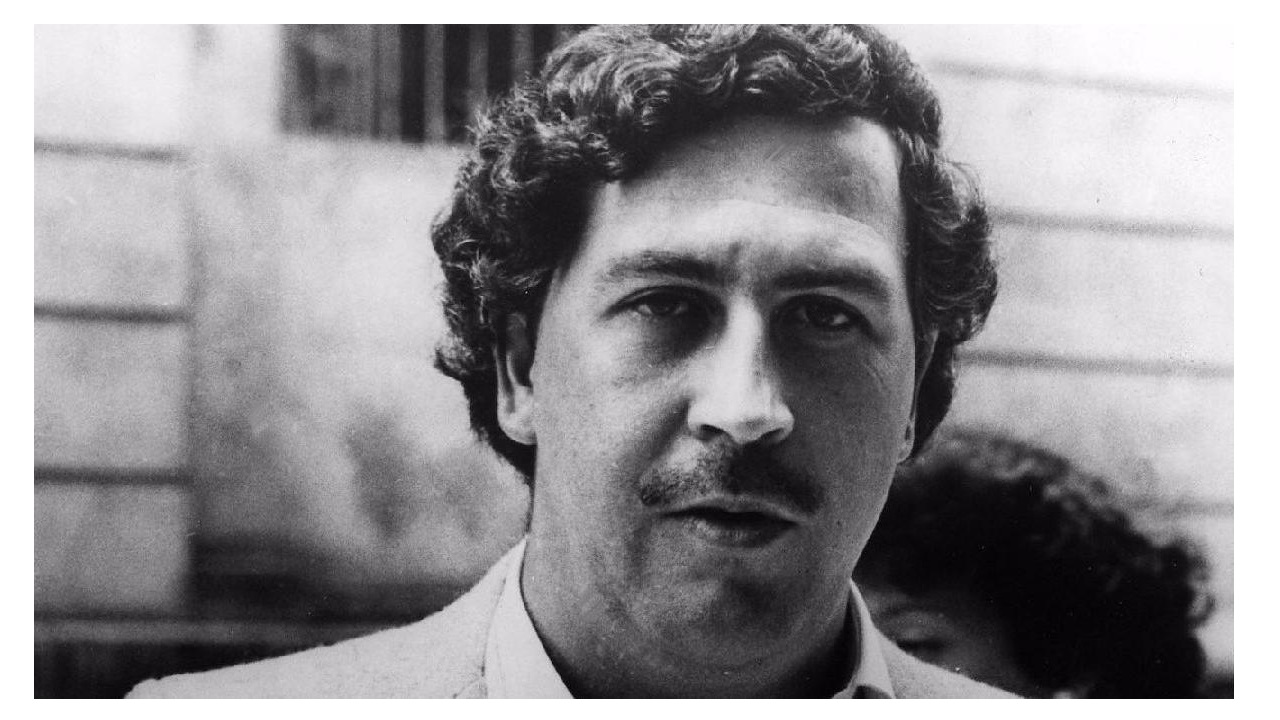 Pablo Escobar, whose full name is Pablo Emilio Escobar Gaviria, was born in Colombia in 1949.The peak of his criminal life, which he started with petty crimes, It was made possible by establishing the Medellin Cartel and selling drugs internationally. Escobar, the most famous narco-terrorist ever seen, was captured dead in an operation in 1993.

Pablo Escobar, who was the 7th richest person in the world during the heyday of drug sales, left $30 billion when he died.More than $60 billion in today’s money left a fortune. Escobar, who took control of the region’s drug trade by monopolizing it, is a local hero in the eyes of some, as he spends some of this dirty money on charity in the region.

Is what is told in the Narcos series true? 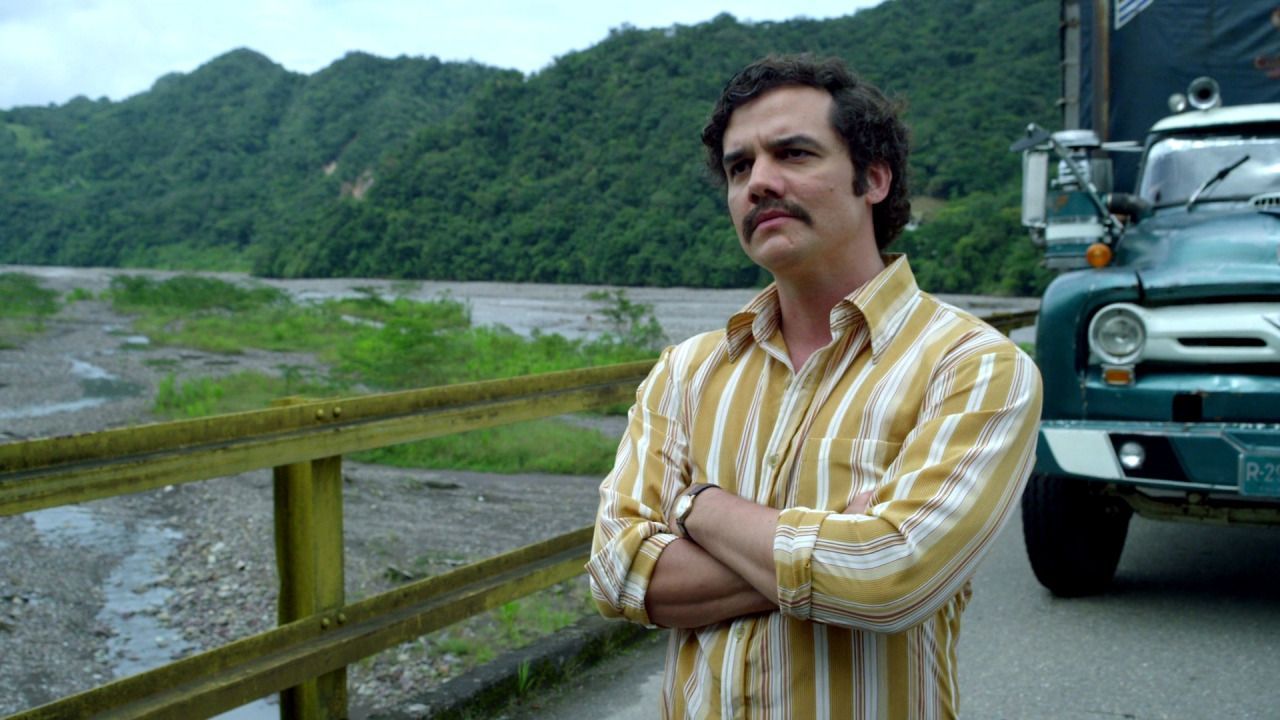 Eric Newman, the producer of the series, interviewed The Hollywood Reporter in 2016, gave the answer of 50% to the question of how accurate the index is.This answer does not mean that half of what is said in the series is true. All that is told is true, but since this is not a documentary, but a fictional production, the story has been enriched artistically in order to make a watchable series.

DEA agents fighting to catch Pablo Escobar in the TV series Narcos are the series’ advisors. Steve Murphy and Javier Pena for many yearsthat they are trying to sell this story, but the producers against them say they don’t allow it because they want to get away from reality. When they signed with Eric Newman, all they wanted was for the Medellin Cartel to never be praised.

Steve Murphy and Javier Pena, described in the seriesthat they allow some artistic additions they say. Like all productions, there are some additions to the Narcos series to make it a watchable business. However, according to the now retired agents, the timeline and events in the series are completely correct. 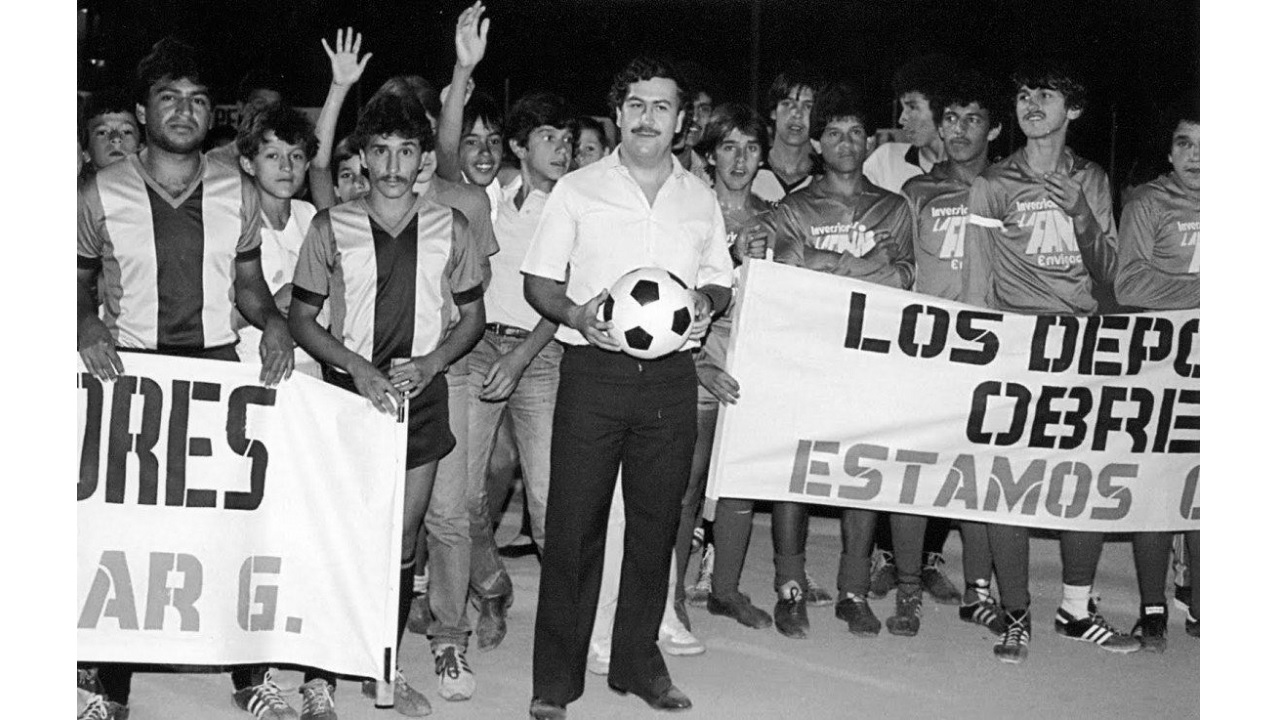 He wrote a book called and wrote about his criminal empire. explained many little-known details. In a Facebook post he made in 2016, he said that the Narcos series was, to put it simply, ‘humiliating’.

In the same Facebook post he made in Spanish,a list of 28 incidents that he described as wrong in the series was also there. Juan Pablo Escobar said that some events were completely wrong, such as the local sports team supporting Pablo Escobar and Escobar’s rival Gilberto Rodriquez’s attack at his daughter’s wedding. 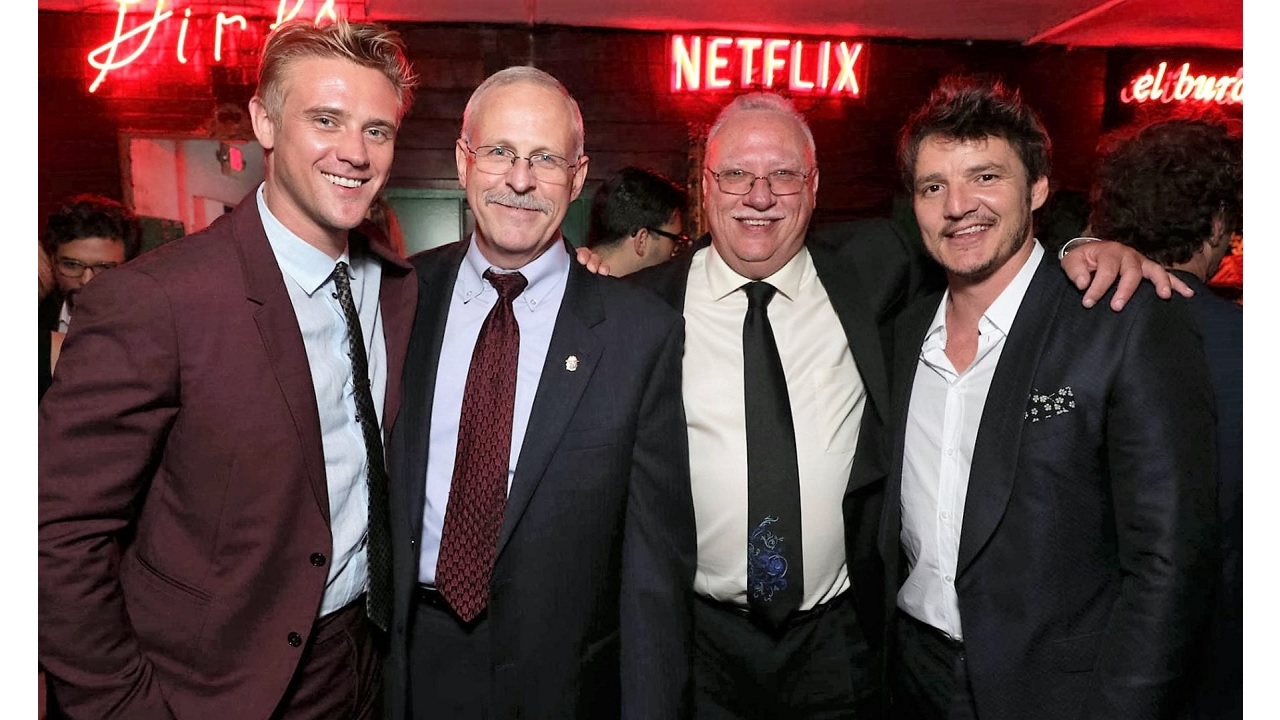 The consultants of the story are the actors Boyd Holbrook and Pedro Pascal who played themselves in the series.DEA agents who caught Pablo EscobarSteve Murphy and Javier Pena; They say that Escobar’s escape during the operation of thousands of people to the prison, which is one of the impressive scenes of the series, is completely real.

Colombian policeAgents who said that they gave information to themselves as they were working with Pablo Escobar,they say that the names in the series are fake, but the events with the Colombian Police Service are exactly real events. The police who fired the last bullet at Escobar is also one of the facts.

Another disturbing fact is that Pablo Escobar is the leader of a terrible criminal empire.a good family man and a true philanthropist. Some even call him Robin Hood because he cares for his family and treats the people of Medellin so well. Moreover, it is known that he provided great assistance not only to the public, but also to the Colombian government of the period.

Family situation is not good as the end is approaching: 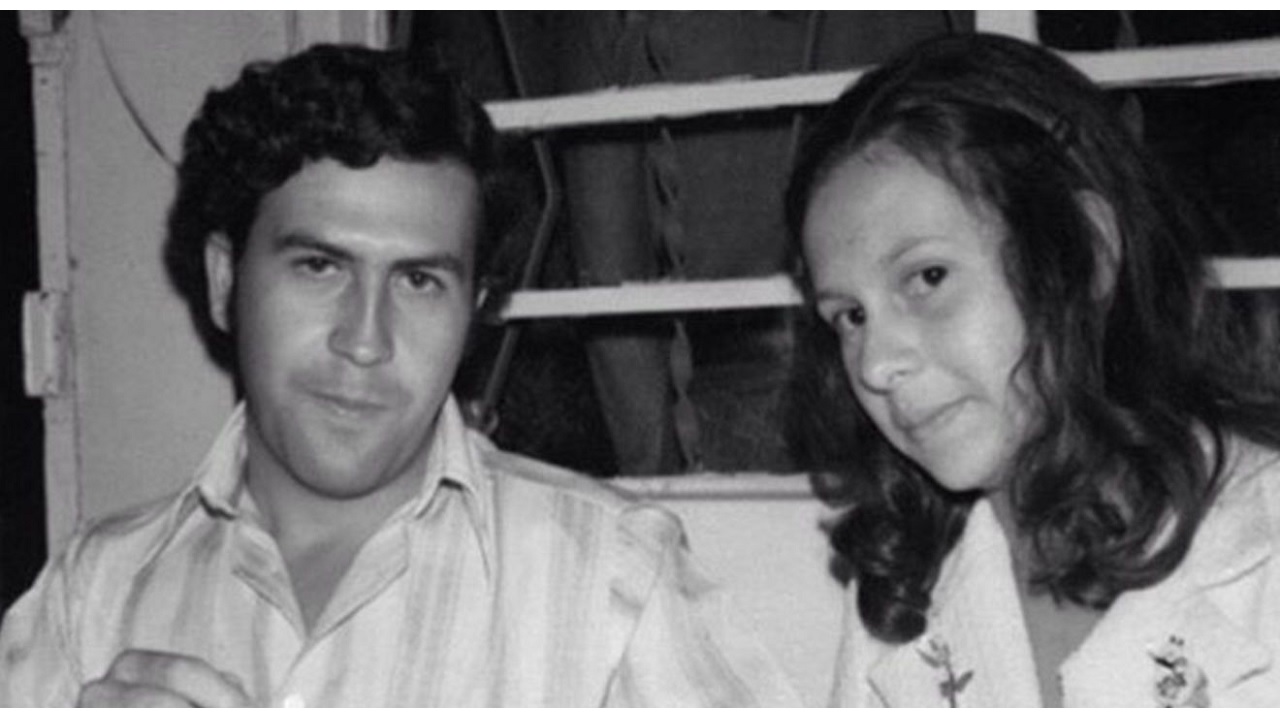 In the series Narcos, we see that Pablo Escobar spends time with his father by going to his family’s double-dollars. In fact, because he left the familyhe killed his father.Therefore, this scene is not correct. However, Eric Newman says that they added it to the series because they thought such an event would have happened even if it wasn’t on the same timeline.

Steve Murphy and Javier Pena say Escobar’s last days were spent in misery.The Colombian Police Service, working with the DEA, they were raiding everywhere the drug lord could go and confiscating all his property and money. Escobar was looking for money but could not find it anywhere.

Pablo Escobar, 24, was 15 when he married her.his wife Tata remained faithful to him for many years when he realizes that things are going wrong, he leaves the country with the help of Gilberto Rodríguez Orejuela, one of the biggest enemies of the border. They leave everything behind to him and only save their lives. 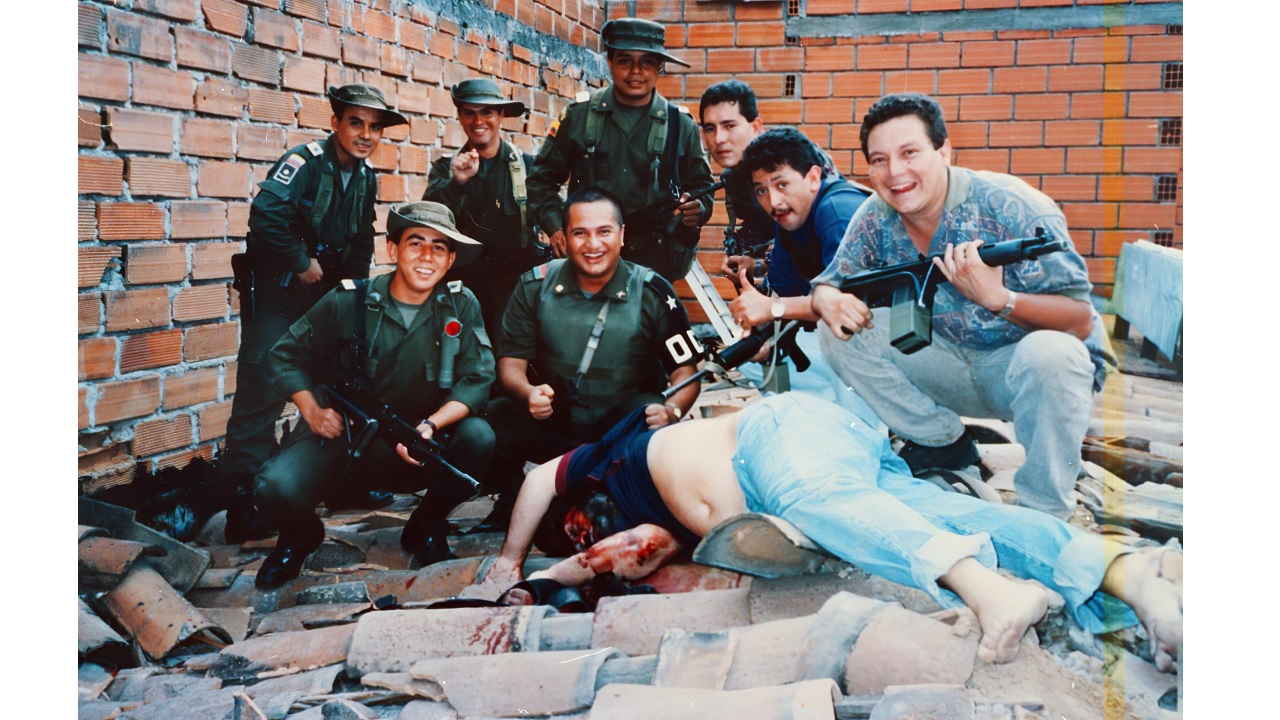 Pablo Escobar, who fell into the grip of poverty day by day, lost ties with his family and was almost penniless, was finally caught on a roof in Medellin on December 2, 1993.he dies with three bullets. The police wanted to catch him alive, but they said they would have killed themselves if they had not shot him.

Interestingly, Escobar was one of the agents who chased him for years on the day he was killed.Javier Pena wasn’t there. Saying that this is quite ironic, Pena says the important thing was that he was dead. His son, Juan Pablo Escobar, says his father committed suicide, but autopsy results do not confirm this claim.

We are more familiar with the Narcos series broadcast on Netflix.Pablo Escobar and his criminal empire, we evaluated whether it was as described in the series in the light of the statements of the DEA agents who caught it. The world does not belong to anyone. All that remains is the intriguing story of a drug dealer who murdered thousands of people.