Netflix’s series Squid Game , which has become a worldwide phenomenon as it has been published and broadcast in the past months, has not fallen off the agenda of the audience with all its details. The number of views of the series, its characters, its subject, the clothes used and even how much money it made for the company were talked about for days. However, there was an issue that was not brought up in Squid Game. This issue was computer generated items CGI ).

Almost all of the content released today or published on digital content platforms such as Netflix makes use of CGI. However, it is entirely up to the meticulousness of the production team to show the objects produced in the computer environment as real to the audience . A video shared by Hyungrok Kim, who manages the CGI of the series, highlights how clean the team of Squid Game did and how many elements in the series are shown as real even though they are actually produced in computer environment.

Even the most iconic icons in Squid Game are computer generated 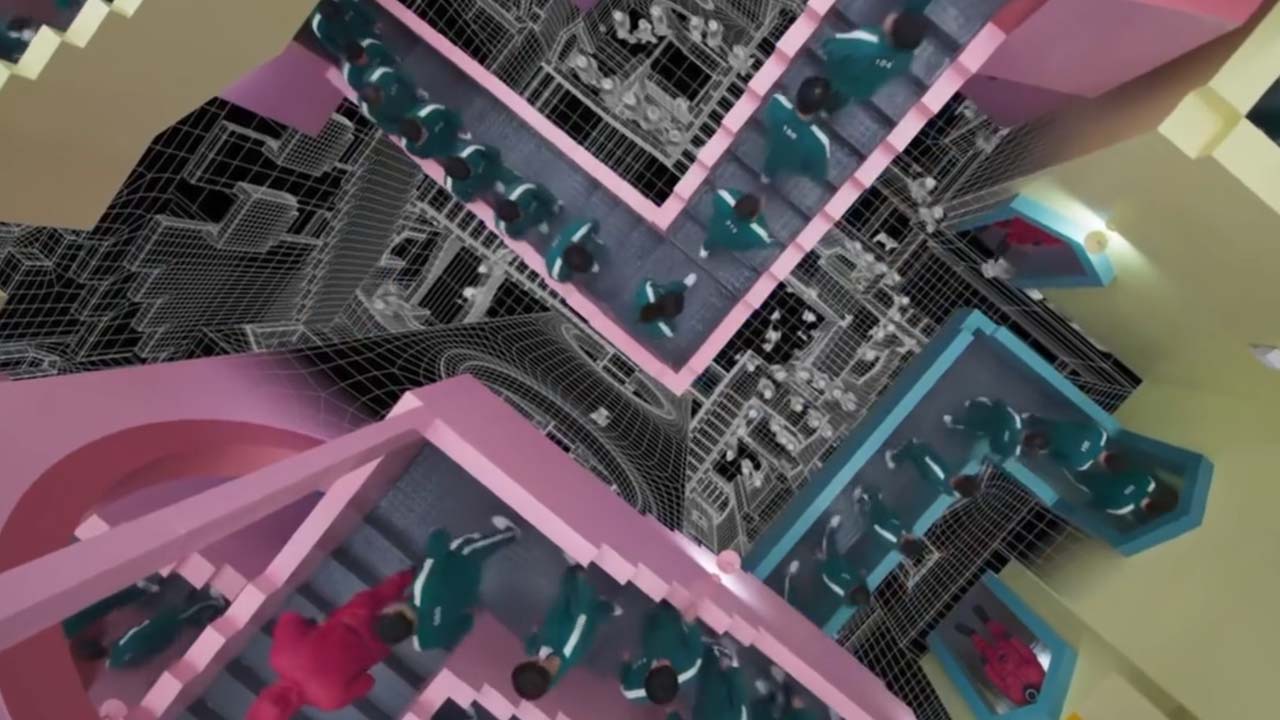 When we look at the video shared by Hyungrok Kim, we see that almost all of the most iconic objects in the series are we witness that it is produced in computer environment . For example; The stairs, which players often use to go to the playground, were actually computer-generated. Also, the pool in which the money given to the winner was saved was not real .

In the statements made about Squid Game, it was announced that this series cost 21.4 million dollars . The video shared by Kim clearly reveals that a significant portion of this money is spent on computer-generated objects. Because even hawk-eyed viewers could not find a technical fault in Squid Game. If you wish, let’s leave you alone with those images of Squid Game .

Video showing how to make visual effectsdollarserine in Squid Game